Although the 3494 series ended in 1958 after a brief four years run, it includes some of the hardest-to-find and rarest box cars of the postwar era. All were produced for only a portion of the four years and high quality examples remain in high demand by collectors.

Features
Standard features of the 3494 operating box cars include: bar-end trucks with operating couplers, single brakewheel, plunger mechanism mounted to the frame plus an opening door with a rubber man on the inside of the car. These features did not change and are common to all 3494s.

Each 3494 is painted to match their roadname colors and designs of the era. 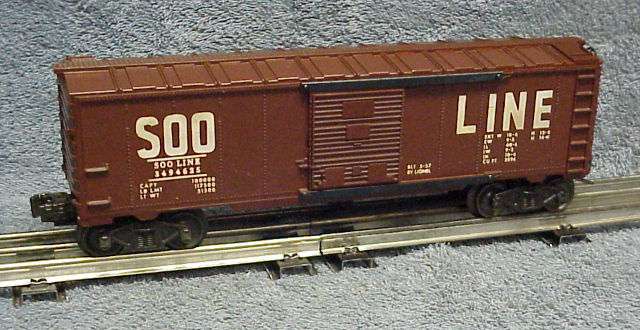