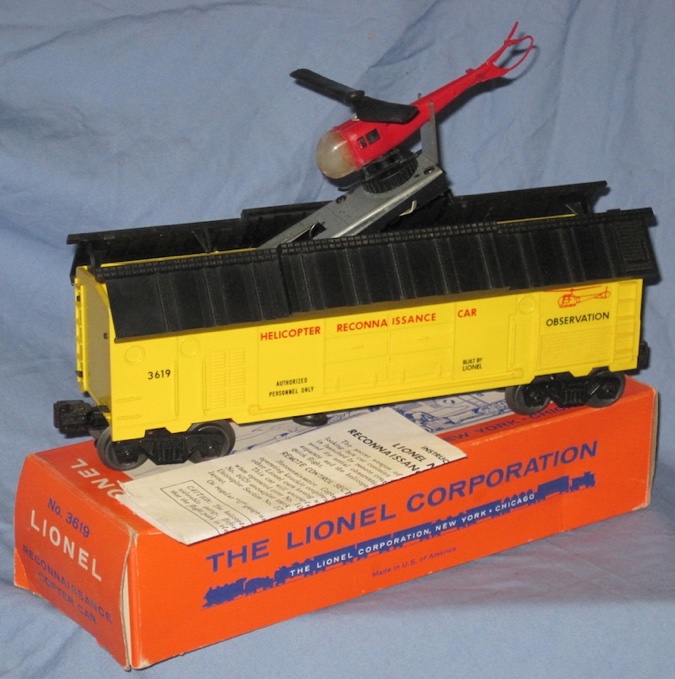 History
The 3619 Helicopter Reconnaissance Car is another whimsical offering by Lionel in the early 1960's in its Space and Military series. It's safe to say there is no prototype box car where its roof opens and a helicopter is launched from inside the box car!

The Helicopter Reconnaissance Car is a complicated car with a fragile helicopter. The box car is frequently found with the helicopter either damaged or missing as well as damage to the opening roof sections. In either case, locating a complete and undamaged box car is difficult and one with an undamaged original helicopter is scarce.

In addition to the box car, a red HO scale helicopter was included with this car.Original helicopters are frequently damaged or missing.

Light Yellow Body - Shown in the photo above - The light yellow box car is the more common version of this item.
Dark Yellow Body - The dark yellow is much harder to locate.