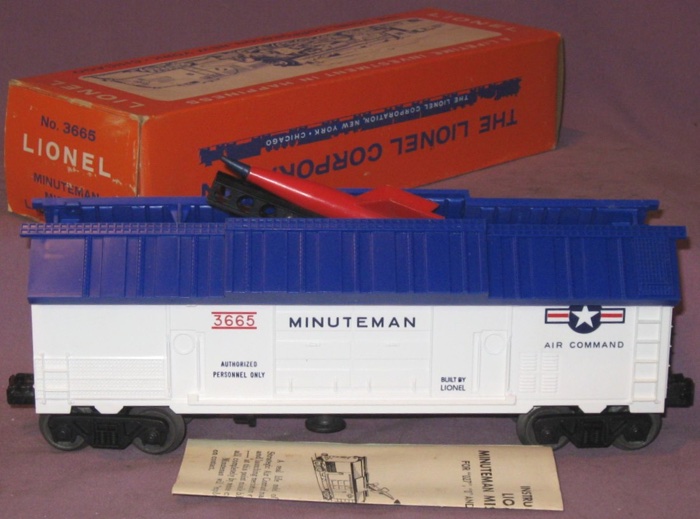 History
Interestingly, the 3665 Minuteman box car is based upon a real-life freight car. The life-size missile-launching box car was developed by the U.S. Air Force in the 1950's. It's safe to say the Lionel version of this car has seen significantly more firing time compared to the real-life car.

The missile-launching Miniteman Car is a complicated car. The box car is frequently found with the missile either damaged or missing as well as damage to the opening roof sections. In either case, locating a complete and undamaged box car is difficult.

Dark Blue Roof - Shown in the photo above - This is the common version and was produced from 1961 - 1964.
Light Blue Roof - Although exact production dates remain unknown, this variation was produced later in the lifespan of the 3665 -- probably for a brief period in 1963 or 1964. This is a very hard variation to locate.