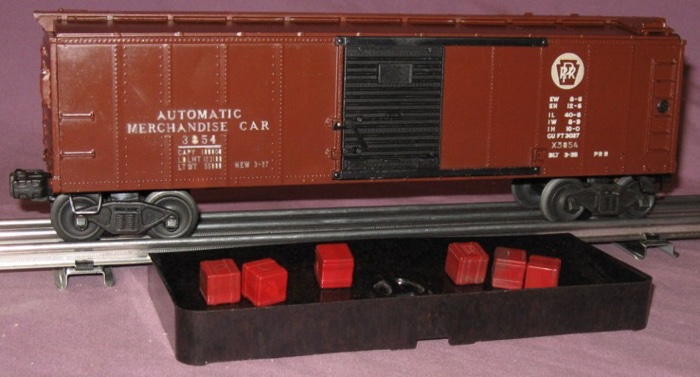 When compared to some of the later operating freight cars -- such as the milk or cattle car -- the 3854 lacks some action, charm and personality. However, it did permit Lionel an opportunity to create an interesting feature for its time -- remote control operation of a freight car.

The 3854 was produced in low quantities and is a difficult freight car to locate. Many long-time collectors still do not own this freight car as they are extremely difficult to find in nice condition. The exterior paint is prone to nicks or simply flaking due to age. Trying to locate a pristine, collector grade example is scarce.

Features
The 3854 box car included the following standard features, several of which were never used on any other postwar freight car:

The six crates were available in either brown, black or red, with brown the most common.

Brown body, White Lettering - Shown in the photo above - There are no known variations to this operating box car. 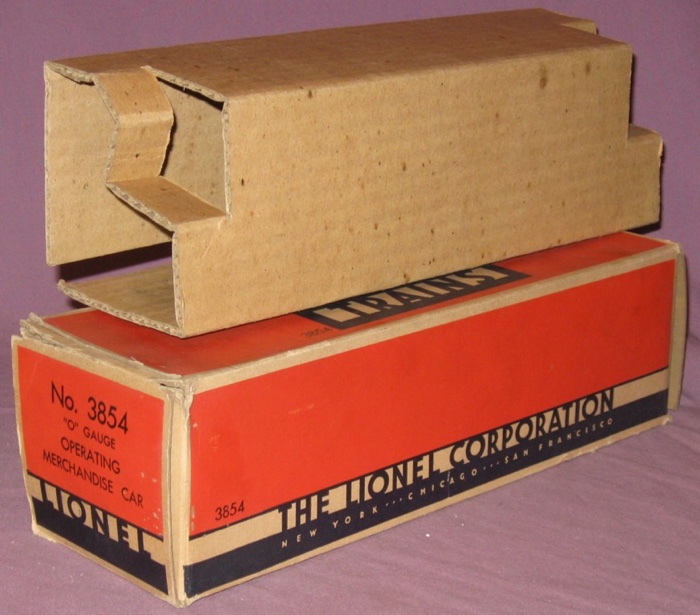