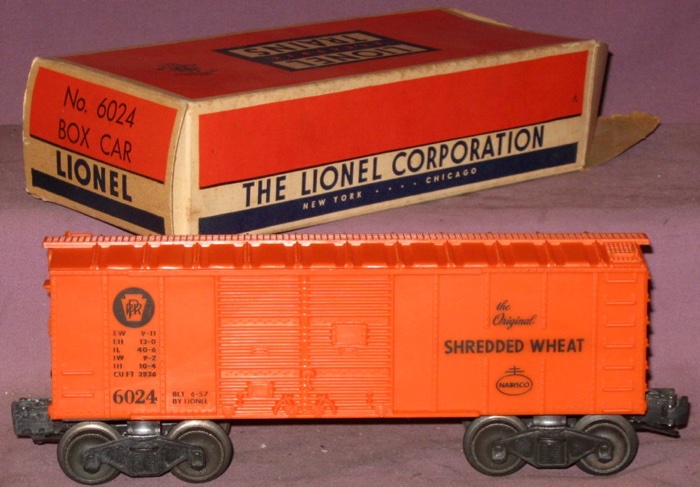 History
The 6024 short box car of 1957 and 1958 was another example where Lionel advertised multiple products using a single freight car number. For this box car, both Shredded Wheat and RCA Whirlpool shared the same 6024 product number.

Features
Standard features of the 6024 are minimal and include: unpainted orange body with black lettering (Shredded Wheat car) or unpainted red body with white lettering (RCA Whirlpool car), non-opening doors on each side and two operating couplers.

Shredded Wheat - Shown in the photo above - The photo depicts the later production run with AAR trucks.
RCA Whirlpool - Assumed to be an uncatalogued 1958 production item only. 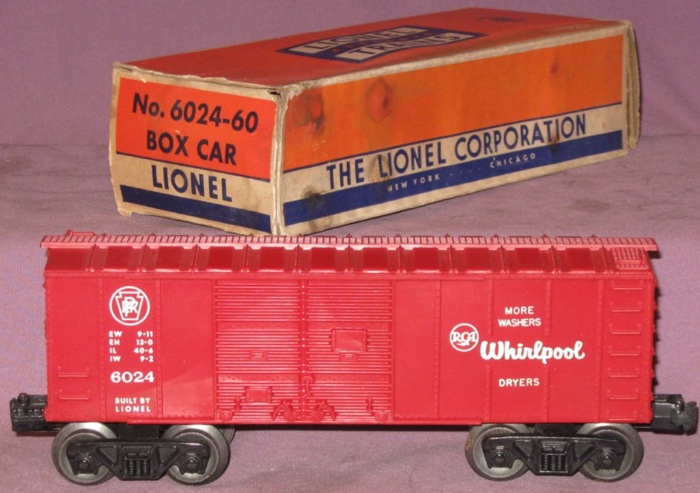