History
The 638-2361 short box car of the early 1960's continued a trend started by Lionel in the mid-1950's by including a company logo on the sides of their entry-level box car. There are two very interesting footnotes associated with this car:

The Stokely-Van Camp's box car is a difficult freight car to locate. In addition to the two interesting items listed above, this car is also a savings bank box car as it has a coin slot molded into the roofs catwalk. Given all of these unique characteristics, the 638 is a highly sought-after box car.

Features
Standard features of the 638-2361 are minimal and include: unpainted red body with white and yellow lettering, non-opening doors on each side, metal frame and two non-operating couplers. The trucks are usually Arch-Bar trucks, but is sometimes found with AAR trucks of the era.

Dark Red - Shown in the photo above - The common variation has a dark red molded body.
Light Red - The light red body is scarce and very difficult to locate.

Both variations are shown in the photo below: 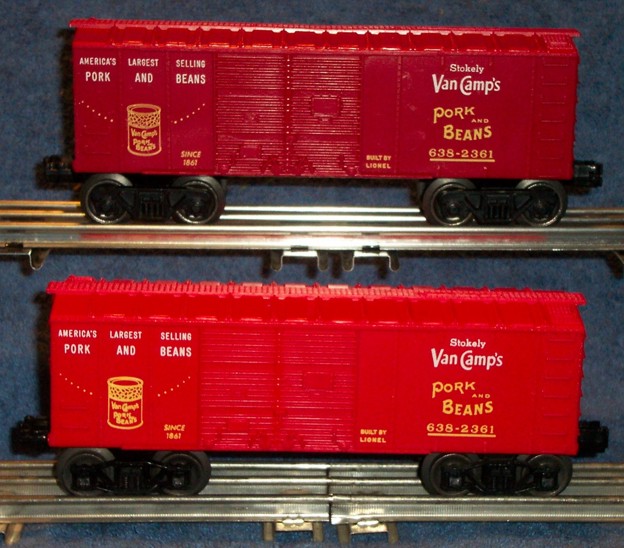