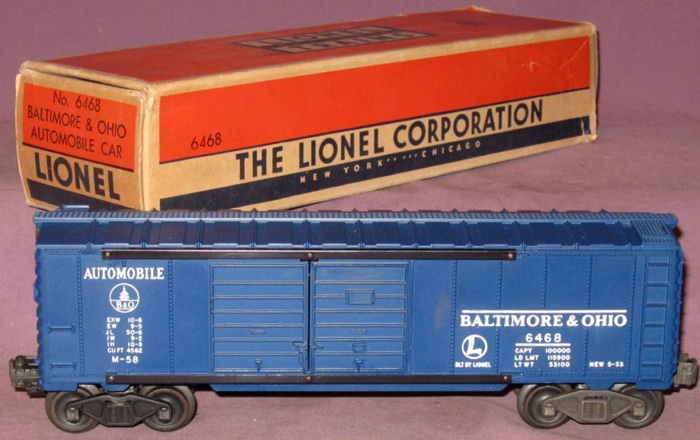 History
The 6468 Double Door Automobile box car is a modified 6464-style box car. The main modification is the inclusion of a second door on each side -- thus having a total of four sliding doors on the box car.

The 6468 Baltimore & Ohio was the first double door box car introduced by Lionel. Its blue exterior and prototypical lettering and graphic makes this car an accurate model of its real-life counterpart.

The second -- and final automobile box car in the postwar era -- is the 6468-25 Hew Haven. It's colorful exterior and graphics are similar to many real-life New Haven box car.

Additional Detail, Photos & Box Information
It is somewhat common to locate a 6468-25 New Haven box car with maroon side doors. The maroon door version is generally believed to be a post-factory creation by Madison Hardware. New examples were regularly available from Madison Hardware through the mid-1990s. 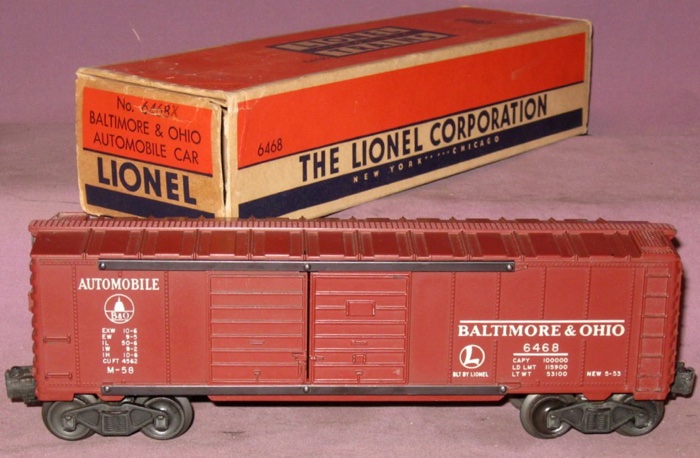 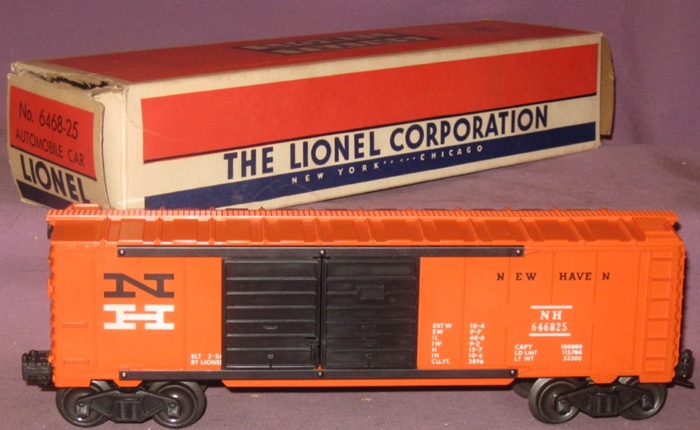