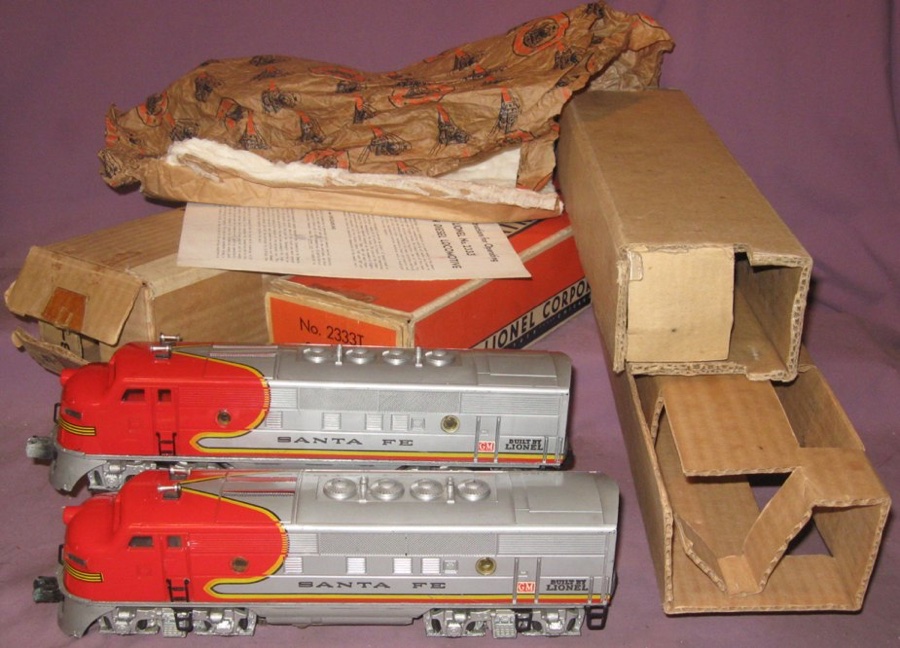 History
The 2333 F3 AA diesels of 1948 were an entirely new look and direction for Lionel. Up to that point in time, Lionel's motive power fleet consisted of several uninspiring black steam locomotives and a single -- darkly painted -- GG1. This new diesel -- particularly in the Santa Fe livery -- stood out as a total departure to anything Lionel was currently manufacturing. Luckily for Lionel, the public immediately fell in love with the look and power of the F3.

Collectors and operators continue to search for these early F3's. Their proven reliability, durability and attention to detail is second to none. Although these early F3's lack Magnetraction, their sheer weight permits them to transport long freight trains around a layout with ease. With features such as wire cloth ventilators, portholes with clear lens, cab ladders and grab irons on the nose, these features are still used by current toy train manufacturers as the standard for excellence.

Features
The 2333 was available in either the New York Central or Santa Fe roadname. Standard features of each A units include: