History
The 773 steam engine is the pinnacle of Lionel's postwar steam locomotive production. It was introduced in 1950 as Lionel celebrated their Golden Anniversary -- 50 years as a corporation.

The 773 is the largest steamer ever built during the postwar era. It is similar in design to the prewar 763, is scale-like in size and includes all of the popular postwar features such as magnetraction and smoke. Additionally, the 1950's version with the 2426W tender represented Lionels most detailed postwar tender.

Most collectors and operators refer to the 773 as The Hudson. Although the Hudson has been reproduced by Lionel and other manufacturers in recent years, the original continues to be a coveted and sought-after item.

A unique feature on the Hudson is its cowcatcher. The Hudson is the only postwar steamer to feature an open grill -- just like an actual steam locomotive!

The 773 underwent two changes between the 1950 and mid-1960's production run. The following summarize the changes: 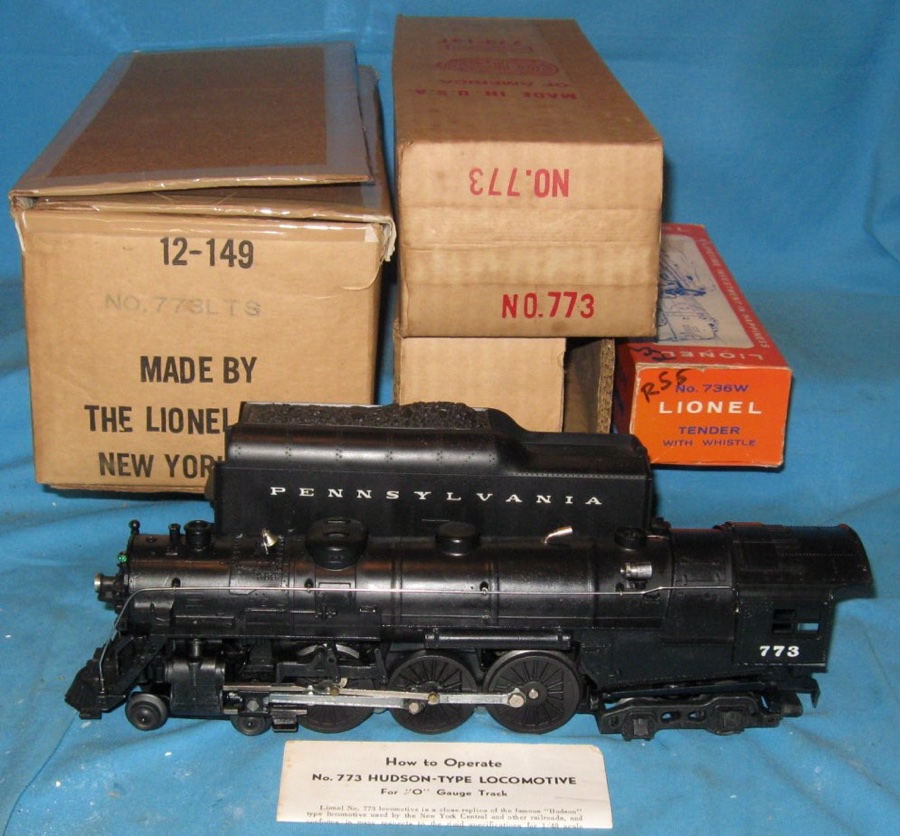