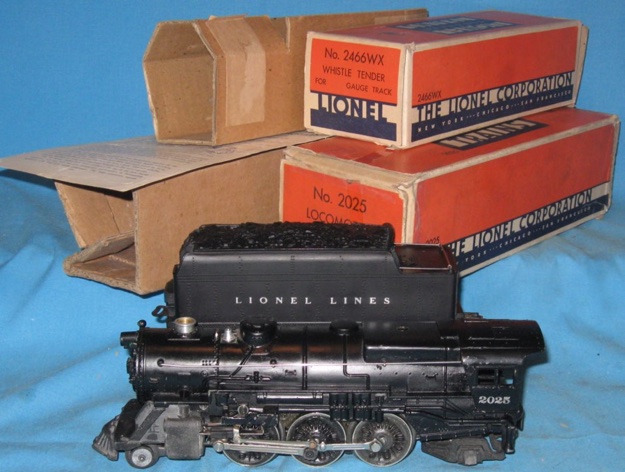 History
The 2025 steam engine was classified by Lionel as a K4 Pacific steam-type engine. The real life K4 Pacific was predominately used by the Pennsylvania Railroad and Lionel's model is a good representation of the actual locomotive. The 2025 is a mid-size steam engine. Lionel classified it as an 027 gauge item. The 2025 is considered a quality locomotive and is the same locomotive as the 675 locomotive (with the exception of the number). In addition, the 2025 does share its boiler casting with other Lionel locomotives such as the 2035 steamer, however the internal workings are different.

Features
The 2025 steam locomotive had two independant production runs. The first was from 1947 through 1949 and the second was a single-year run in 1952. Although each run carried the same production number, in most cases parts are not interchangable between the early and late version.