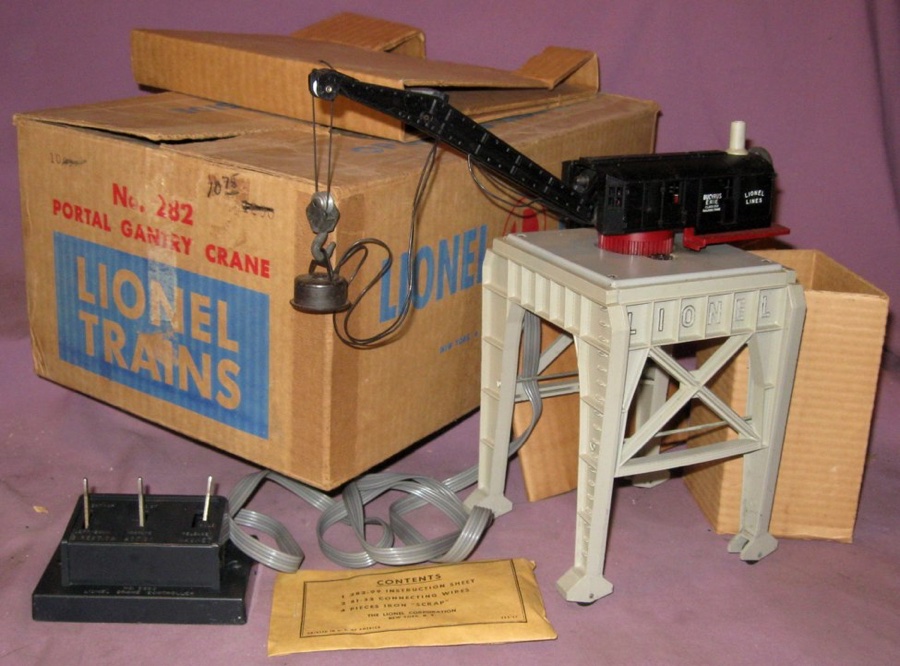 History
The 282 Portal Gantry Crane was available for four years during the mid 1950s. In only the second year of production, 1955, Lionel re-designed the internal mechanical components. This internal change resulted in two different cranes, an early version -- referred to as a 282 crane -- and a later version, commonly referred to as the 282R. Those seeking a slightly more dependable and reliable crane prefer the 282R version.

The 282 crane is designed to span a single track. Although Lionel did not create a rail specifically for the feet of the 282 crane, you can easily customize a single rail of Lionel track to be used as the base of the accessory.

Features
The 282 Portal Gantry Crane has the following standard features: gray support structure with a gray top plate, black cab with white letters, glued-in smokestack -- in either black or gray -- a black three-lever control base plus an electro-magnet on the hook of the crane.