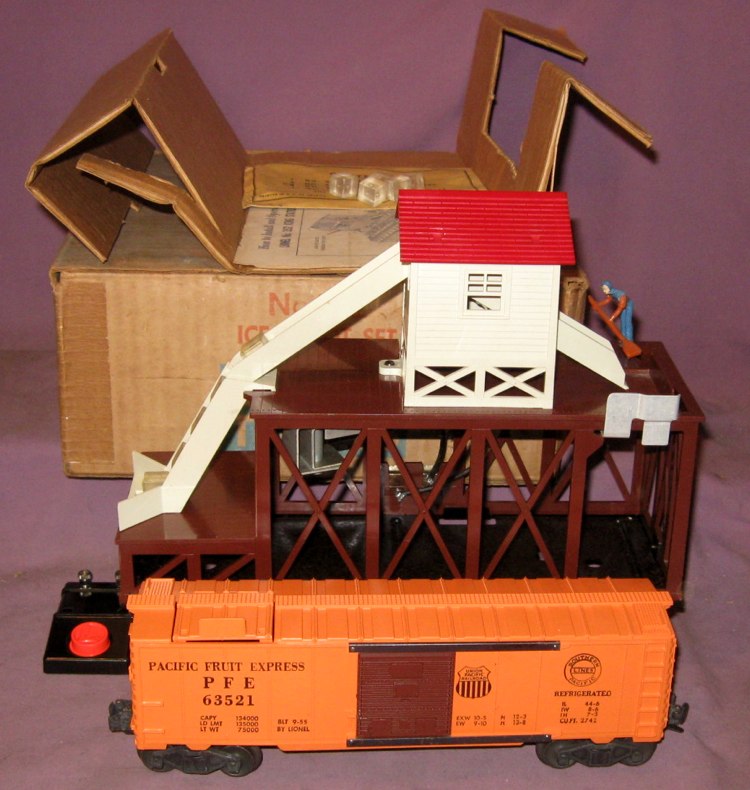 History
The 352 Ice Depot was introduced in 1955 and ran for three years. The accessory was an all-new item and did not share any of the components with other Lionel accessories.

The 352 Ice Depot can only be used with the 6352 Pacific Fruit Express box car. This box car is based upon the common 6464-series box cars. The 6352 has a modified roof and side wall designed specifically for this accessory.

Features
Standard features of the 352 include: metal base, plastic superstructure, white molded house, red roof, two ice chutes plus a blue man with orange arms and paddle. The plastic superstructure was available in either brown or red, with brown being more difficult to find than the red.

The Ice Depot always included a 6352 Pacific Fruit Express box car and individual ice cubes. Seven ice cubes were standard in 1955 while five were included with the accessory for 1956 and 1957. 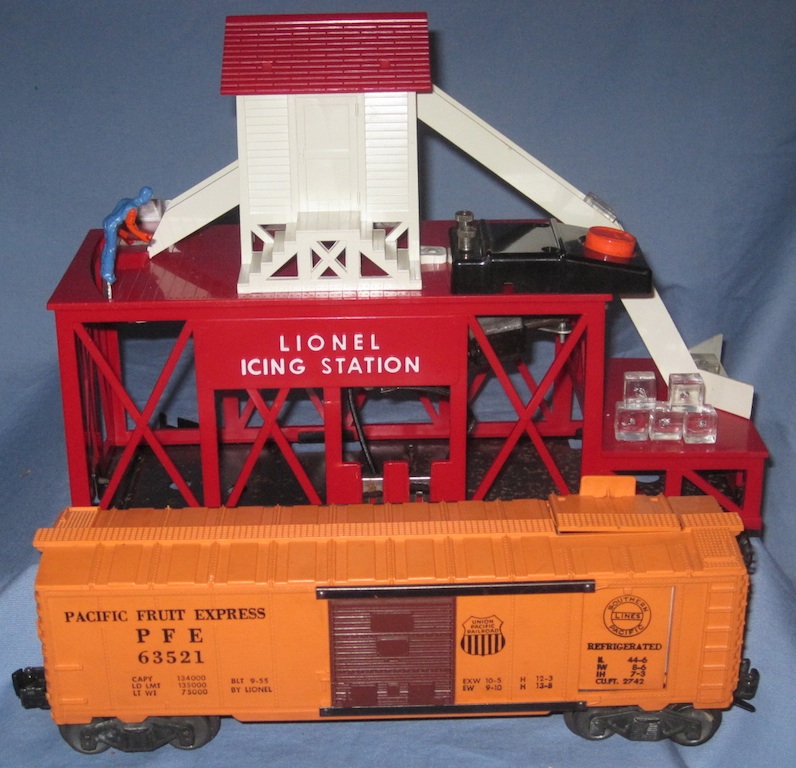