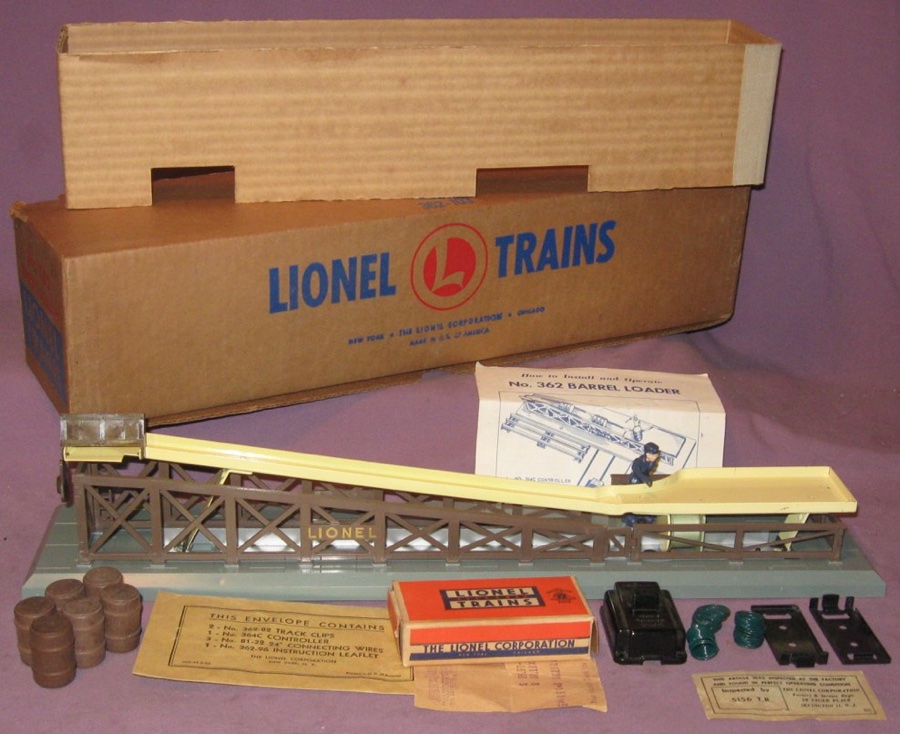 History
The 362 Barrel Ramp was introduced in 1952 and enjoyed a long six-year production cycle. During this time, the features of the accessory remained constant.

The 362 Barrel Ramp was originally designed to be used with a Lionel gondola. Beginning in 1954, Lionel introduced a new freight car specifically designed for use with the barrel ramp. This car -- the 3562 Operating Barrel Car -- could unload barrels directly from the car to the accessory.

Also included with the accessory was a 364C controller switch and a set of six stained barrels. The barrels were packed in their own individual box numbered 362-78.