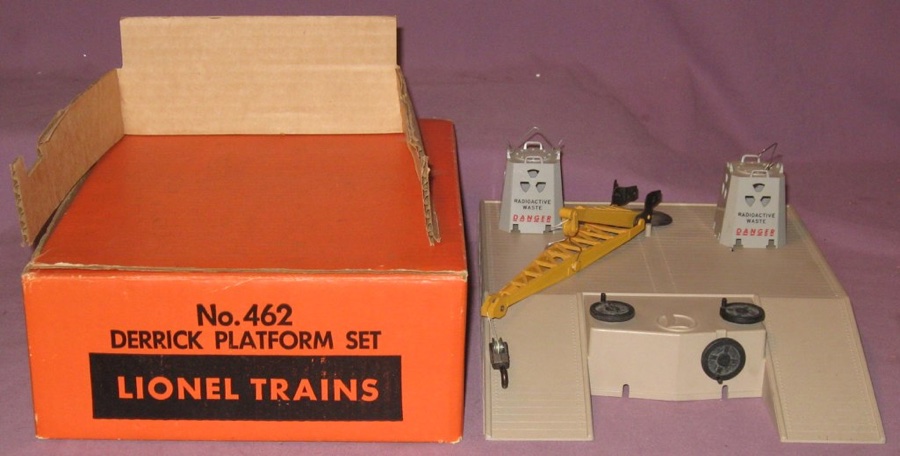 The Derrick Platform set is a manual-intensive accessory and lacks much of the excitement accompanying Lionel's electrically operated accessories. When introduced by Lionel in 1961 it was a low-budget accessory and did not sell well. Due to poor sales, it was discontinued in the same year it was manufactured. However, in an effort to sell remaining inventory, it was also catalogued in 1962.

Locating a complete and intact set is very difficult. In addition to very low production numbers, this accessory contains several fragile pieces. Many original canisters are either completely missing or have broken top handles.

Only Known Variation - Shown in the photo above - All 462's have a gray base with three die-cast levers and two removable canisters.