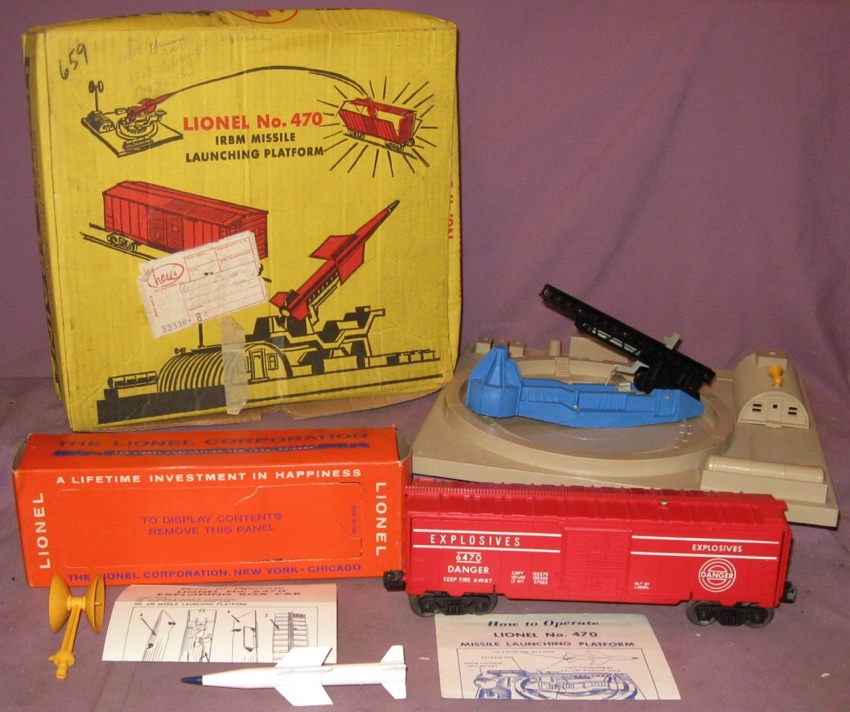 History
The 470 Missile Launching Platform with Exploding Box Car was first offered in 1959. This action-filled accessory includes many new components and reflects Lionel's move towards space and military items in the later 1950's. This is an interesting and challenging accessory for the typical child. It required patience and many attempts in order to properly execute the launch of a missile with a direct hit to the box car!

With the many components included in this accessory, it is common to find partial or incomplete sets. Usually the small horn or larger satellites are either missing or damaged. Locating a complete, all-original set is difficult. Even the original box is hard to find in collector condition.

Although catalogued for four years, it is believed Lionel produced this accessory only in 1959 and 1960 and catalogued the Missile Launching Platform for an additional two years in an effort to sell remaining inventory.

Features
The 470 Missile Launching Platform set included the following standard features: tan launching station with a blue and black rotating missile launcher, a single missile, yellow horn and satellites plus a 6470 exploding box car packaged in its own box.

Production from 1959 included a yellow exterior component box. This yellow box is somewhat hard-to-find compared to the more common orange component box produced from 1960 through 1962. 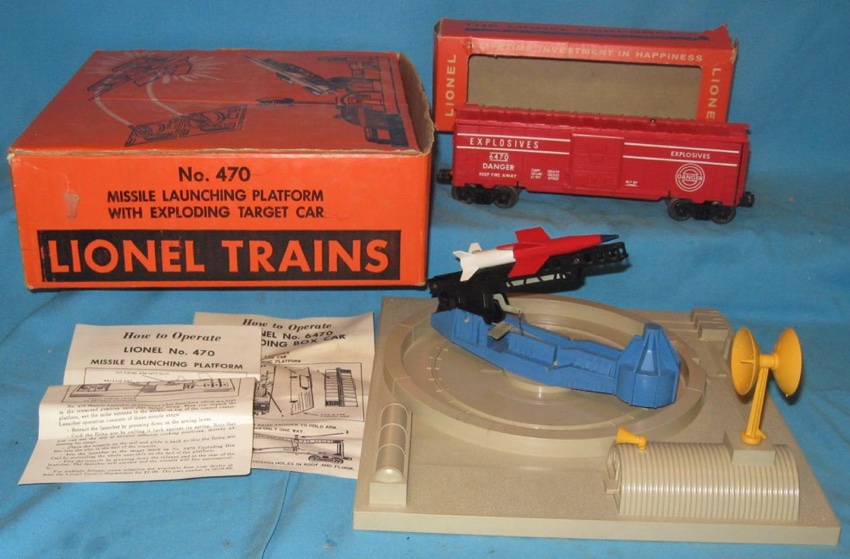