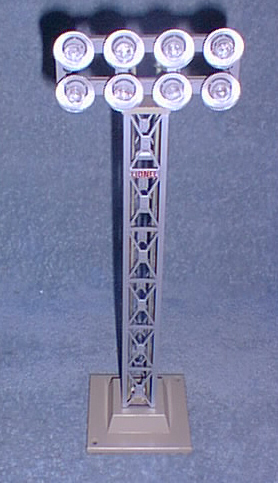 History
For 1957, Lionel introduced an updated and redesigned Floodlight Tower accessory. The result was the introduction of the 195 tower -- replacing the popular 395 tower. The 195 is a somewhat realistic model of a floodlight tower seen in many communities of America during the 1950s. Some enthusiasts, however, feel it is a big step down in quality when compared to its predecessor. This is primarilly due to the 195 being slightly smaller and constructed mostly with plastic as compared to the all-metal and larger 395 tower.

In addition to the 195 Floodlight Tower, the 199 Microwave Relay Tower and 299 Code Transmitter Set all share the same base and superstructure assembly.

Features
The 195 Floodlight Tower includes the following standard features: plastic base, silver plastic superstructure and a bank or eight lights on the top.

Variations to this accessory include the following:

Numerous Variation - Due to the number of differences with the color of the base, the Lionel lettering and stamping on the base, there are numerous variations to this accessory. The only collectable variation which will carry a premium is the tower having '195 Flood Light' stamped in red on the bottom of the base (see photo below for an example). 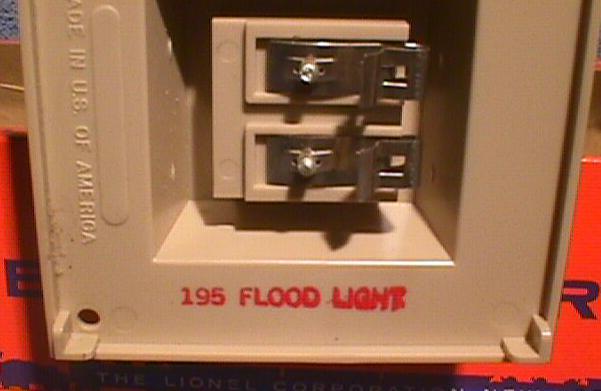