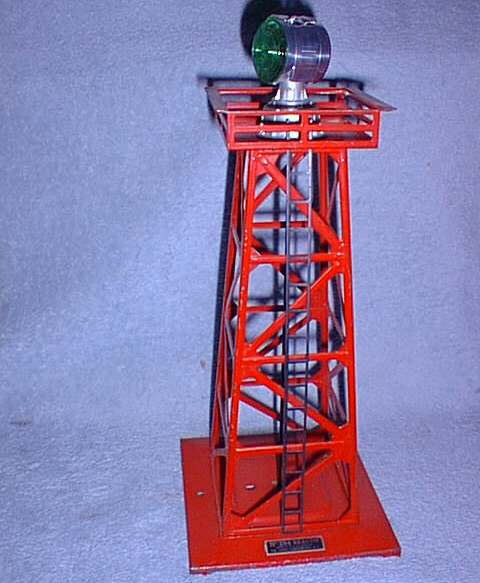 History
When introduced in 1949, the 394 Rotary Beacon Tower became a popular accessory. The rotating red and green beacon was realistic and similar to many towers located near airports throughout the United States in the 1940s and 1950s.

The enigma associated to the 394 tower is its reliability. Proper rotating operation is dependant upon the heat given off from the light bulb. It was not only inefficient, but rarely worked as designed. In 1954, the 394 was replaced with the more reliable 494 Rotary Beacon Tower -- whose operating design is superior to that of the 394.

Features
The 394 Rotary Beacon Tower includes the following standard features: stamped metal structure, metal ladder, light on the top plus a rotating beacon with a red and green lens.

Painted Red Steel Tower - Shown in the photo above - A common variation.
Painted Red, Unpainted Steel Tower - A legitimate factory variartion, most probably made in late 1950 or early 1951 in an effort to use up remaining inventory of red bases. This is a difficult variation to locate. 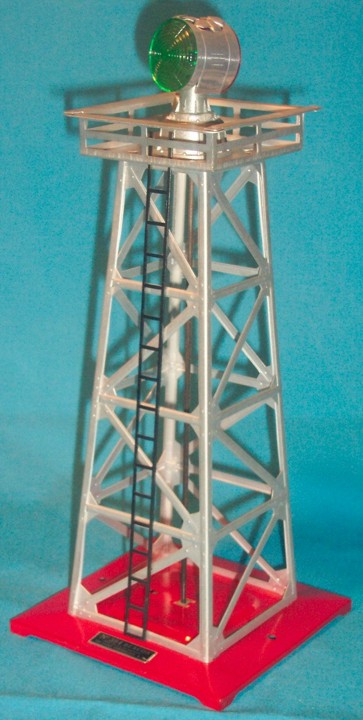 Painted Green Steel Tower - A rare item, very difficult to locate. The exact production year is unknown, but is assumed to be a small production run in either 1949, or more probably 1952. 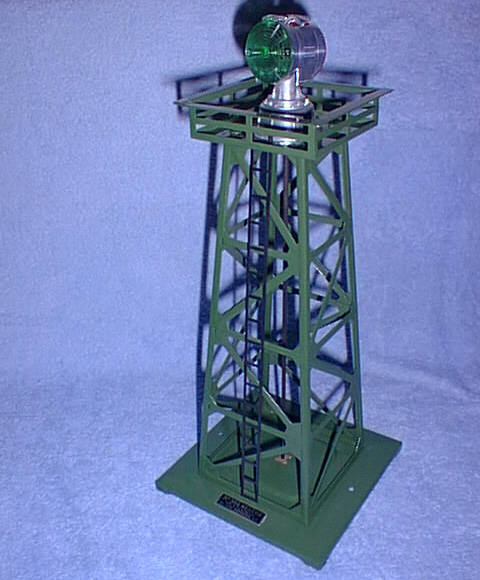 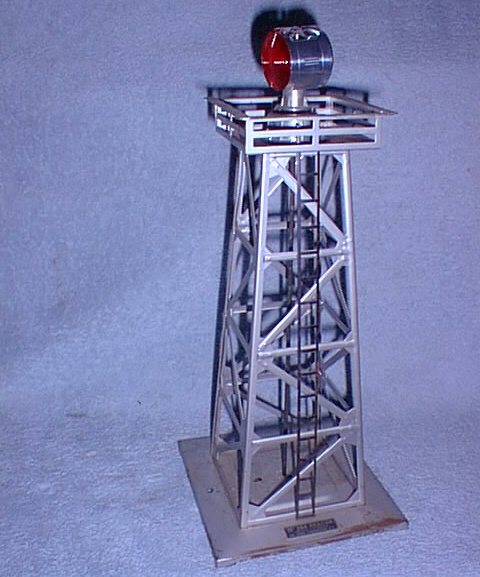 Unpainted Aluminum Tower - The most common version to locate. 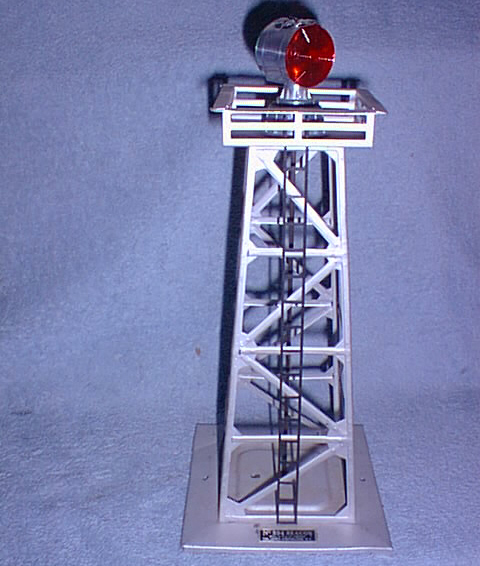