History
The 157 Station Platform is a replica of a typical rural train station seen in America during the 1930s or 1940s. It's compact size, simply design and realistic appearance has kept this accessory a popular item since its introduction.

The 157 Station Platform is identical in size to the earlier 156 station platform -- the only difference being the material used for the station. The 157 stations used a less expensive injection-molded plastic compared to bakelite used on the 156 stations.

For a small accessory, this station has several nice features. The station is illuminated with two lights tucked under the roof, a picket fence between the roof posts -- which are fragile and usually found broken or damaged -- and four metal advertising signs. Locating any 157 with a complete picket fence and intact signs can be a challenging task.

As for the metal advertising signs, there are at least 11 different advertisers, none being rare, but some are harder to locate compared to others. Examples of advertisers include:

Additional Detail, Photos & Box Information
The approximate size of this station is 3.25" wide by 12" long by 5" high. 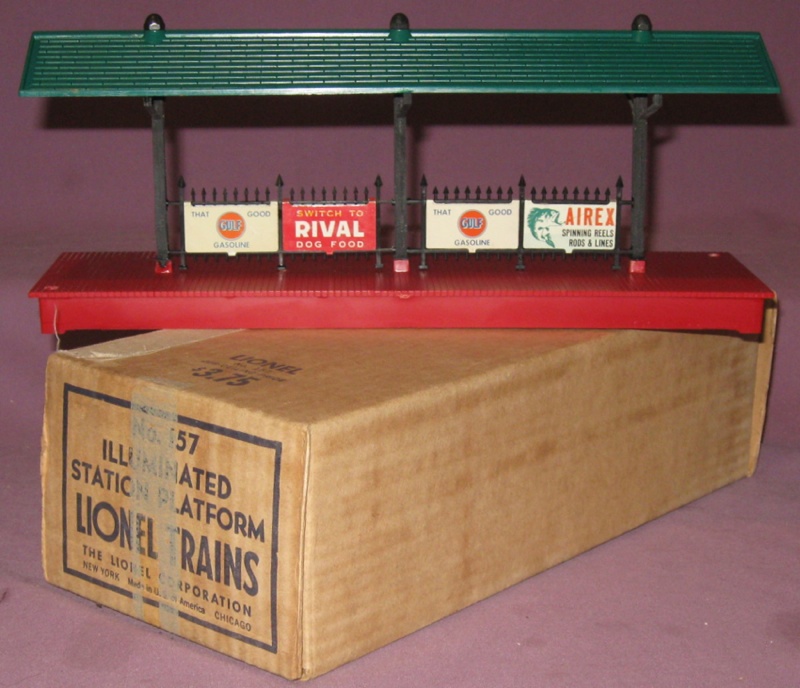