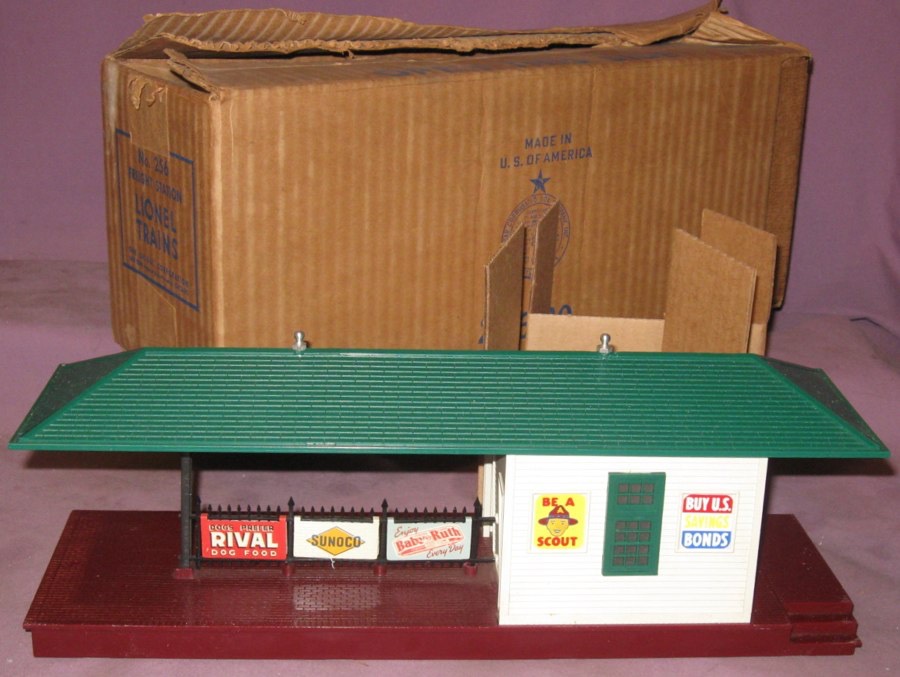 History
The 256 Freight Station was introduced in 1950 and catalogued for four years. Although this is a common accessory, due to its narrow footprint and ability to install on smaller layouts, it remains a popular accessory.

This accessory is simply a non-operating version of the 356 freight station. However, it is illuminated and does require a minimal amount of wiring.

Features
The 256 Freight Station has the following standard features: plastic base, white house with a green roof -- each piece being molded in its appropriate color, a black picket fence, green windows plus a frosted plastic simulated window. Illumination is provided by a light within the white house plus there are three metal signs on the picket fence.

This accessory is basically an on-off type item. It can be wired directly to the track or in many cases to a constant power supply such as another transformer.

Additional Detail, Photos & Box Information
The only variations of the 256 Freight Station involve the metal signs on the picket fence and the presence of stick-on signs on the exterior of the white house.

As for the small metal signs, they are know to exist in several corporate logos. However, none of the companies appear to be rare or significantly harder to find.