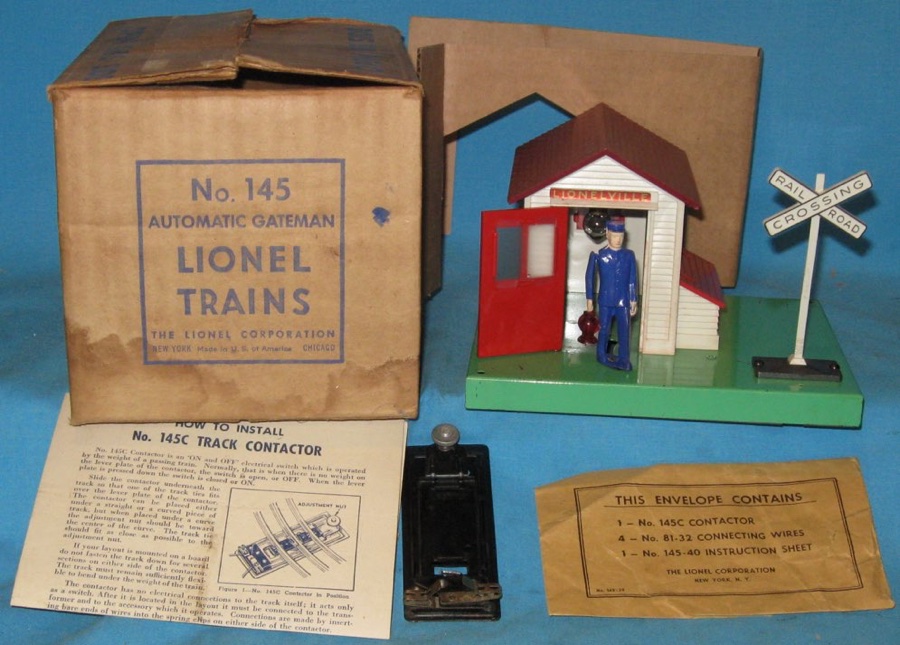 History
The 145 Operating Gateman is an updated version of the 45N Operating Gateman. During the postwar era, it has proven to be Lionel's most popular accessory. Thousands of these houses were produced and practically every Lionel layout has an operating gateman.

The 145 Gateman, and all of it's variations, is a reliable accessory and is frequently recognized by collectors and operators as Lionel's most successful and popular accessory ever produced! Iy is extremely popular with the children as they enjoy seeing the lil' man run out of his house as the train passes by his home.

This is an on-off type accessory. It can be controlled by Lionel's 145C contactor or an insulated section of track.

Additional Detail, Photos & Box Information
Most of the variations involve the color of the house and tool bin roofs. Because these parts are easily interchangable, it is extremely difficult to determine the originality of a specific combination for a particular gateman. 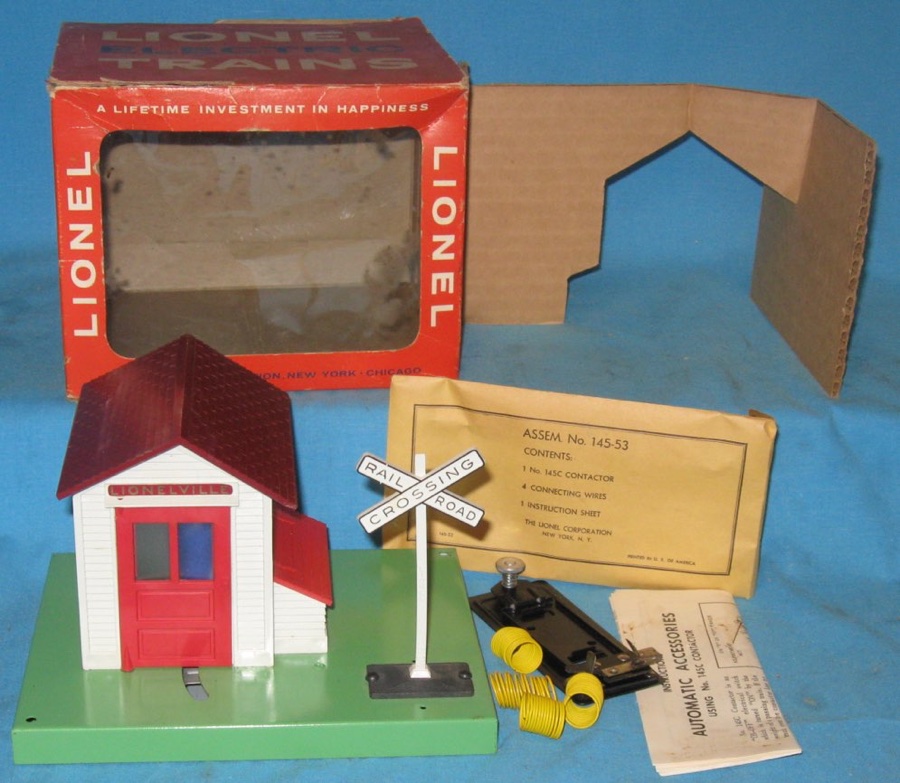