History
The 150 Telegraph Pole Set was available for four years and was an interesting, creative and prototypical new accessory for the small towns built along the Lionel railroad. Unfortunately, this accessory was a poor seller and few exist today, especially in collector condition. For those having multiple sets of the Telegraph Pole Set, it does make for animpressive looking layout when connected along a layout's main line.

When found today, most of the track clips have some portion of rust or oxidation on each of the pole bases.

Clip Trough Along Box Edge - Shown in the photo above - This isthe more common variation. Exact production dates are unknown, but assumed to be from 1947 until 1949.
Clip Trough In Center Of Box - This is a harder variation to locate and assumed to have been produced in 1949 & 1950. 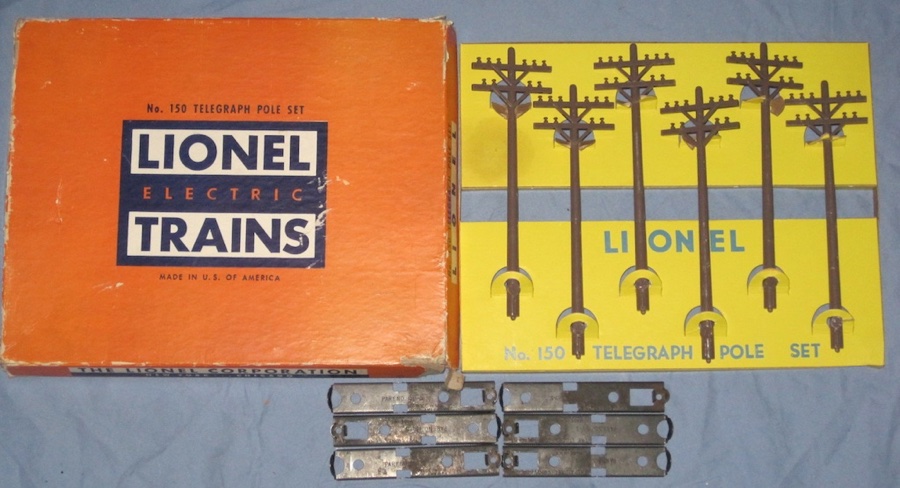