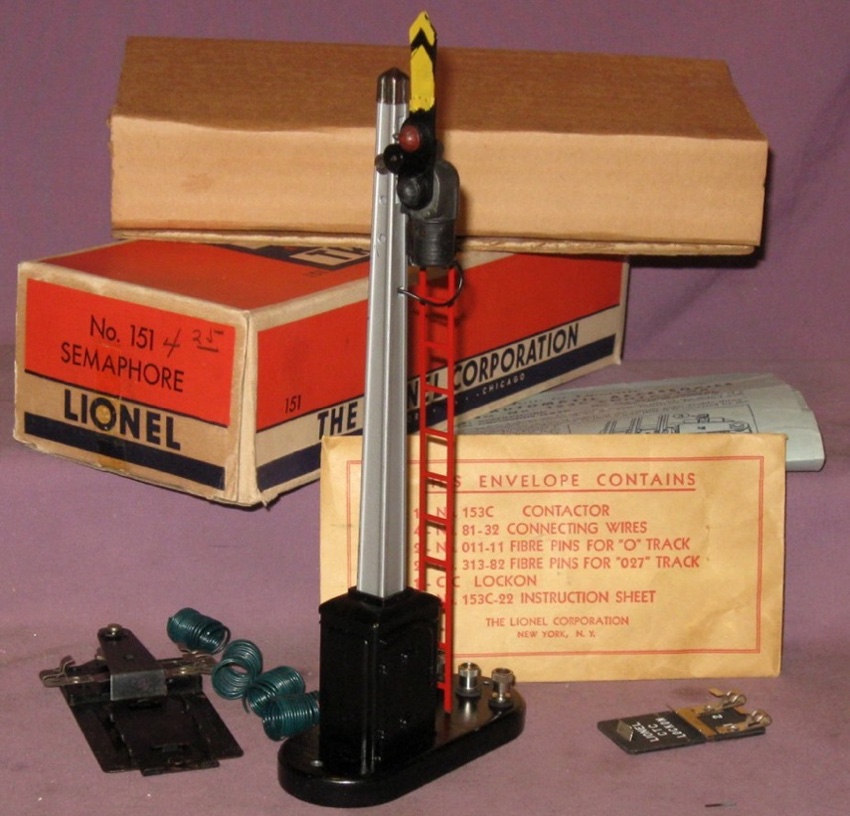 Features
Features of the 151 Operating Semaphore include: black painted base, silver pole and a red ladder plus an operating semaphore on the top of the pole with a functional light and semaphore arm with a single red and green lens.

Additional Detail, Photos & Box Information
Throughout the 23 years of production, there were several minor variations to the 151 -- most of which are hard-to-find or rare.

Green Base - Some of the earliest 151s produced in 1947 have a green painted base, similar to the 153 Block Signal. This is a rare variation.
Number on Base - Since the 151 borrowed the base from the 153 Block Signal, the part number 153 is stamped on the underside of the base in 1947 and 1948. Beginning in 1949, the part number was no longer stamped into the base and all post-1948 production 151's no longer carried the part number on its base.
Black Base - Shown in the photo above - This is the common production version.
Aluminum Pole - For the 1957 year only, there was a small production run where the 151 had an aluminum pole, not the common steel pole. The aluminum pole version is difficult to locate.