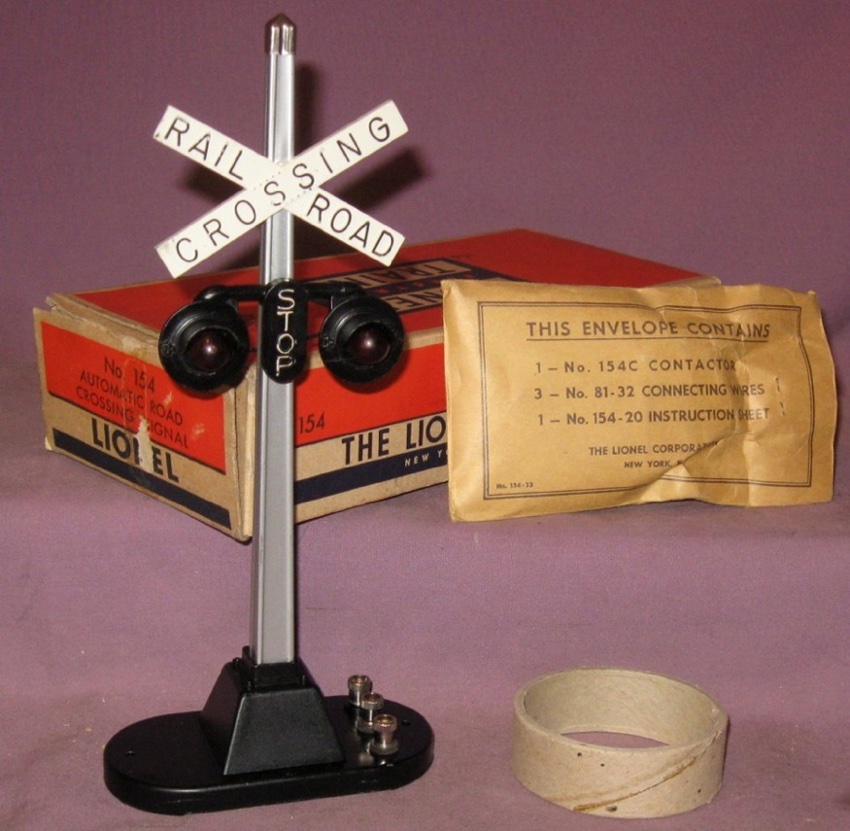 History
The 154 Highway Crossing Signal was a carryover accessory from Lionel's prewar era. Originally produced between 1940 and 1942, Lionel resumed production in 1945 immediately after the end of World War II. The Highway Signal remained basically unchanged from 1945 until the end of postwar production in 1969. It is a common item to locate.

Features
Features of the 154 Highway Signal include: black painted base, silver pole, white crossbuck sign with black lettering, two red lights plus a small 'STOP' sign on the pole with white letters on a black base.

Additional Detail, Photos & Box Information
Throughout its 25 years of production, the 154 only encountered two minor changes. Both are assumed to have occurred in 1950. In that year, the red light bulbs changed from a screw-in base to a bayonet base. Additionally, the crossbuck sign was changed from die-cast metal to plastic.