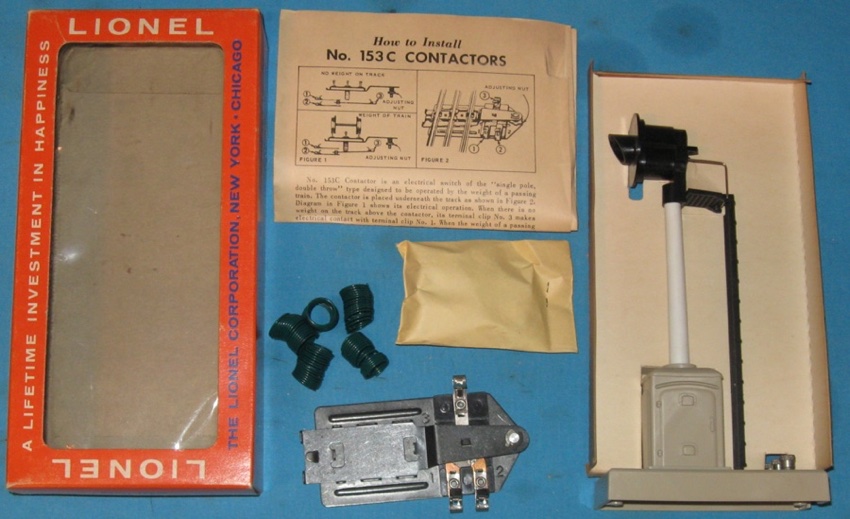 History
The 163 Single Block Signal is very similar to the 353 Block Signal of the same era. The 163 Signal has a red and green light in the signal and is used in conjunction with a 153C tract activator. It's a reliable accessory and realistic in its operation.

Construction of the signal remained virtually unchanged during the entire 1960's. The only minor change occurred in 1968 to the color of the base, going from beige to more of a tan color.

Features
The 163 Single Block Signal contains the following features: beige plastic base, white pole and a black signal head. There is a single lens allowing either the green or red light to show through the lens when activated by the track activator.

Only Known Variation - Shown in the photo above - All have a beige or tan base, white pole and black signal head. Additionally, there were several box changes for this accessory throughout the 1960 with the versions from 1968 & 1969 being the hardest to locate. 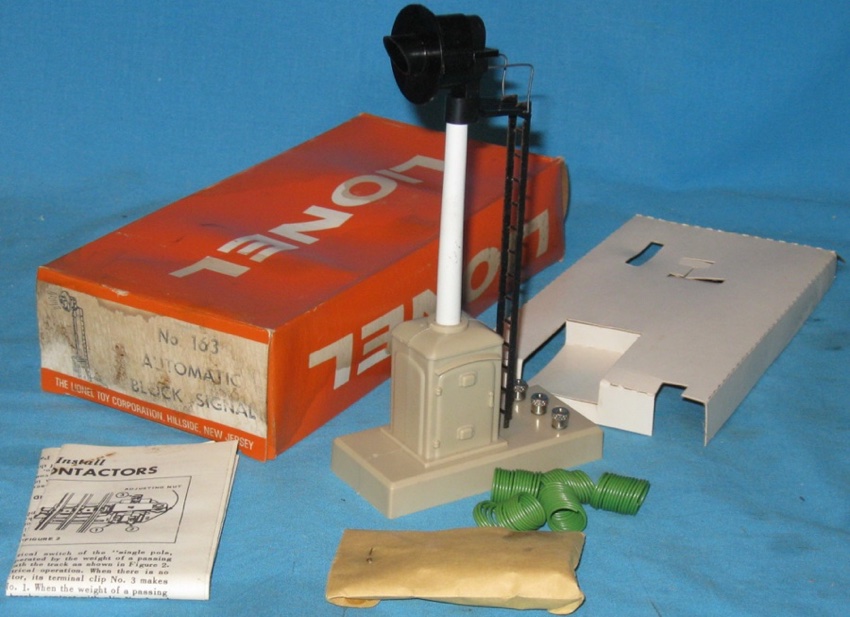