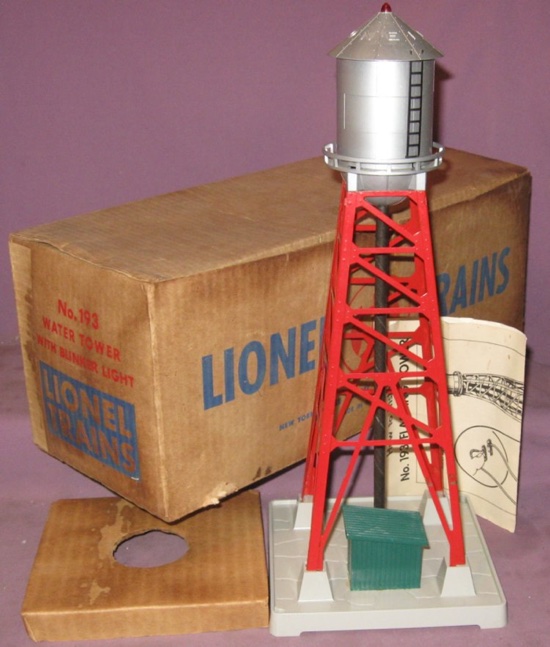 History
The 193 Industrial Water Tower is a nicely detailed and accurate rendition of a typical water tower found in the United States during the 1950s. Because of it's hight and relatively small base, Lionel operators continue to look for complete water towers to fill in those small locations on their layouts.

Because the water tower lacks animation frequently found on other Lionel accessories produced in the mid-1950s, it was not a big sales success. Locating a complete tower with a functional light will require some effort and time.

Features
Standard features on the 193 Industrial Water Tower include the following: gray plastic base, metal tower structure, black cardboard center pipe, gray water tower plus a blinking red light on top of the tower. There was always a small green house -- referred to as a hut in Lionel literature -- below the metal support structure.