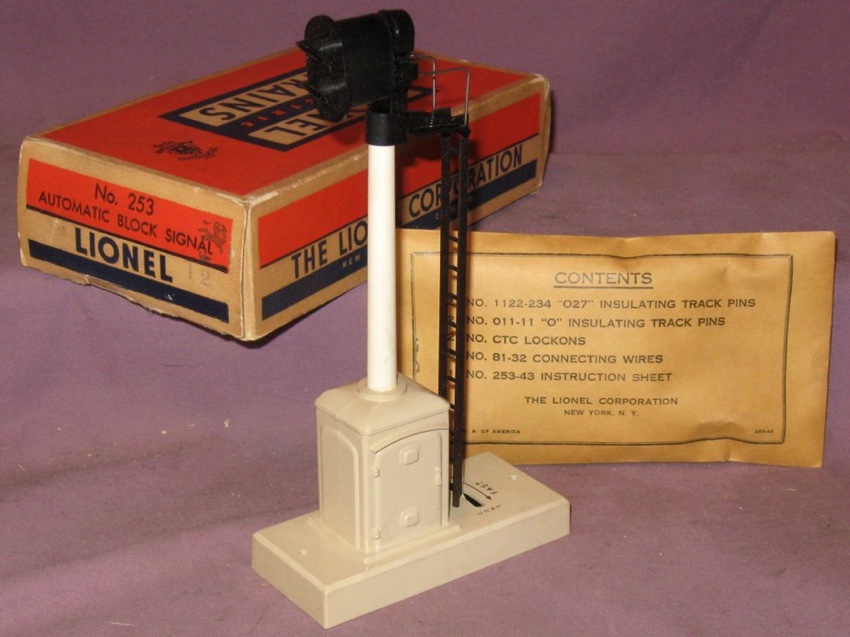 History
The 253 Block Control Signal is very similar to the 353 Block Signal of the same era. The 253 signal has a red and green light in the signal and is used in conjuction with an insulated track section. The signal will automatically stop the train for a brief period of time on the insulated track section and then restart the engine. For this to work properly, the E-unit in the engine must be set to permanently run in the forward position.

Construction of the signal remained basically unchanged during the entire production period. The only minor change was the first year of production where the base rectangular was painted black. Later versions had the base in an unpainted beige color.

Features
The 253 Block Control Signal contains the following features: beige plastic base, black pole support, white pole and a black signal head. There is a single lens allowing either the green or red light to show through the lens when activated by the insulated track.

Black Base - Assumed to be a partial or full year production run in 1956, hard to locate.
Beige Base - Shown in the photo above - The most common version. Has a beige rectangular base with a black pole support.