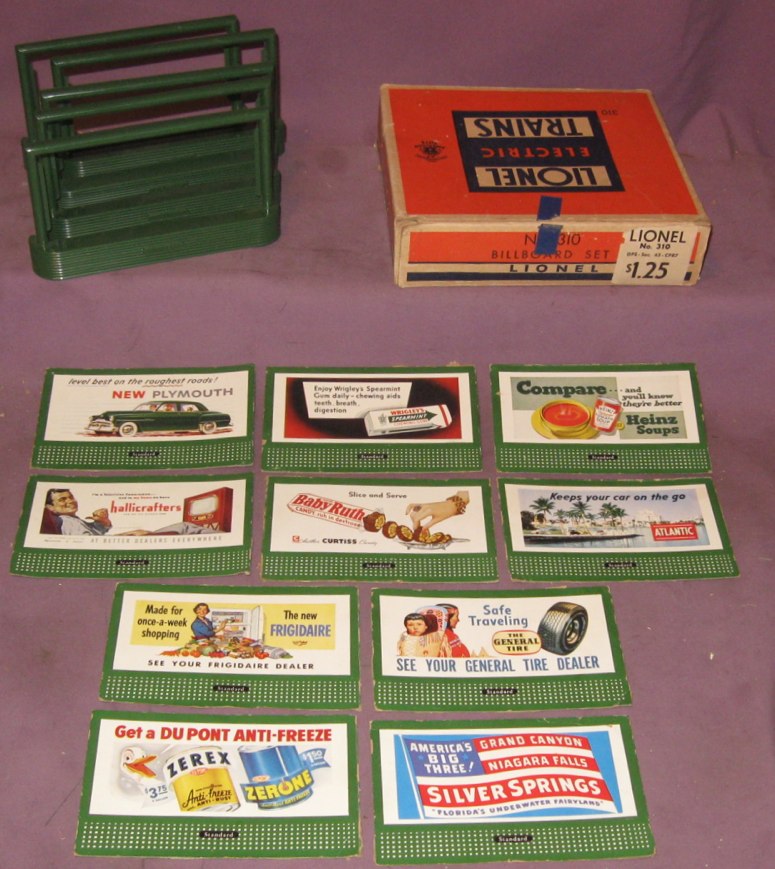 History
The 310 Billboard Set consisted of two components; a set of five green frames and a set of billboards. Like many postwar items with paper components, the billboards are very collectable -- and in most cases -- the expensive component of this accessory.

The green frames were produced in both light and dark green, with the darker version being more common. Original billboards were sold as a set of 10 attached billboards and gradually decreased to only 5 billboards in the 1960's. Not only are attached billboards collectable, but specific advertisers are more desirable than others.

Features
The 310 Billboard Set has five frames and billboards.

Only Known Variation - Shown in the photo above - All 310s have a five plastic frames and a set of billboards. As mentioned above, the number of billboards varied year-by-year. 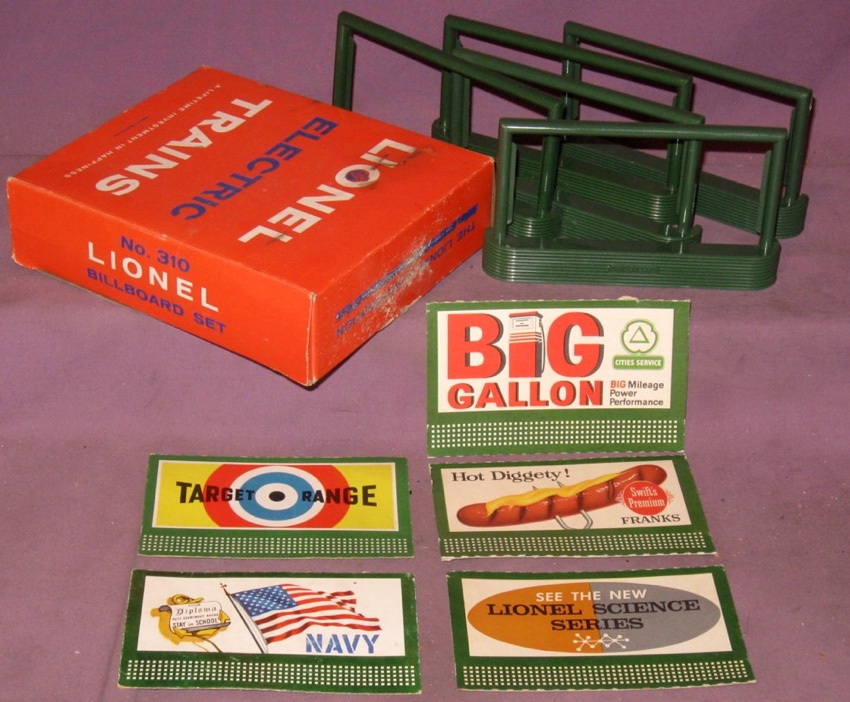