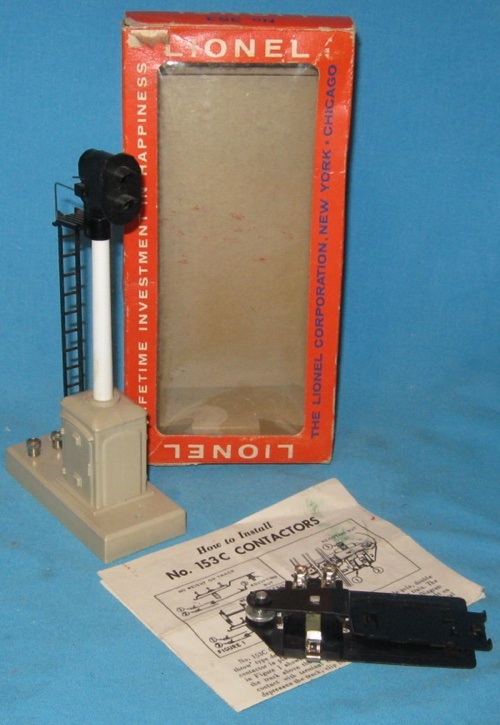 History
The 353 Single Block Signal is a realistic looking accessory and designed after a typical mainline signal seen throughout the United States during the 1950's. Its simple construction -- basically a pole with a single red and green light -- has made this an easy-to-use accessory requiring minimal room on a layout.

The 353 is a somewhat hard item to find. Although it was catalogued for two years, many experienced collectors believe it was only produced for one year and excess inventory was carried into 1961. This is believed to be true because the single-lens 163 Block Signal was introduced in 1961 -- which had replaced the 353 dual lens Block Signal.

Features
The 353 Single Block Signal contains the following features: beige plastic base, white pole and a black signal head. There is a single lens with two light openings -- one for the green light and the second for the red light to show through. Also included with this accessory was a 153C track activator.

Only Known Variation - Shown in the photo above - All have a beige or tan base, white pole and black signal head.