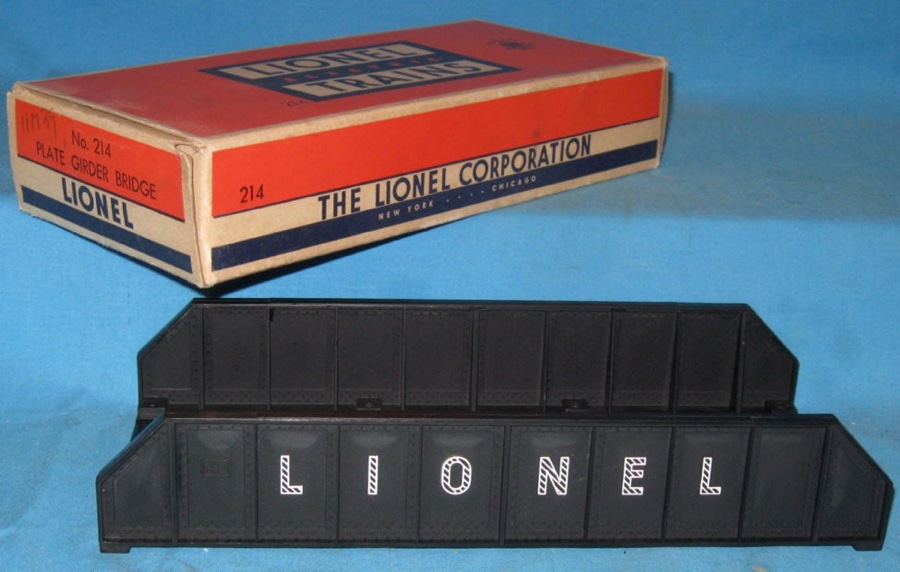 History
The 214 Girder Bridge is a common accessory. Practically every postwar Lionel layout had at least one -- if not several -- of these bridges on the layout. Additionally, many operators used the 214 bridge in conjunction with either the 110 Graduated Trestle set or 111 Elevated Trestle set.

A hard-to-find version of the 214 Girder Bridge surfaced in 1957 and 1958. For a brief two year period, the bridge was available with either 'Lionel' lettering or 'U.S. Steel' lettering on the sides. The U.S. Steel version is difficult to locate as few were produced.

Although the 214 bridge is common, its original box is difficult to locate. Most original boxes have not survived and those that have are usually in poor condition.

Features
The 214 Girder Bridge includes the following features: two black plastic sides with either 'LIONEL' or 'U.S. Steel' letters outlined in white and a black sheet-metal base. Each side is permanently secured to the base.

Lionel - Shown in the photo above - Almost all 214s are black with the 'Lionel' name outlined in white lettering.
U.S. Steel - A difficult variation to locate, the U.S. Steel lettering was only available for two years, 1957 & 1958. 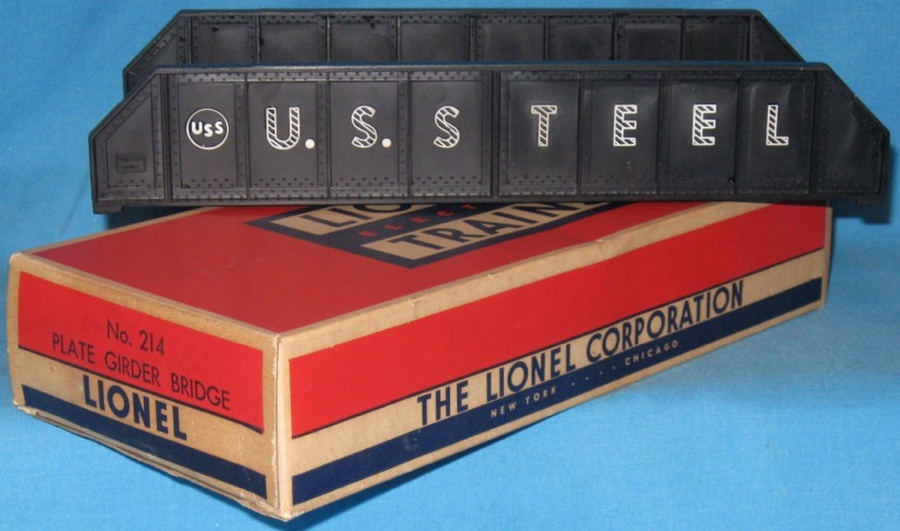