History
The 6517 is a common item manufactured in the late 1950's and was Lionel's top-of-the-line caboose for their O gauge line. Based upon looks, the bay window caboose was a radical change from the standard cabooses in the Lionel family. This change was well received by the train community as it remained in production for five years along with a brief appearance in 1966.

For the first five years, the bay window caboose was produced with Lionel Lines as the roadname. When the caboose was re-introduced for a single year (1966), it worn the Erie roadname on its sides. The Erie version is a desireable caboose and very difficult to locate. This is also the only postwar caboose to ever have the Erie roadname.

Additional Detail, Photos & Box Information
The only variation to the Lionel Lines version involves the lettering. There is a version with the 'BLT 12/55' and 'Lionel' underscored. This variation is harder to find that the version without the underscoring.

Lionel Lines - No Underscore - Shown in the photo above - The common version.
Lionel Lines - Underscored - A much harder version to locate is the caboose with 'BLT 12-55' and 'Lionel' underscored. Exact production dates are unknown. 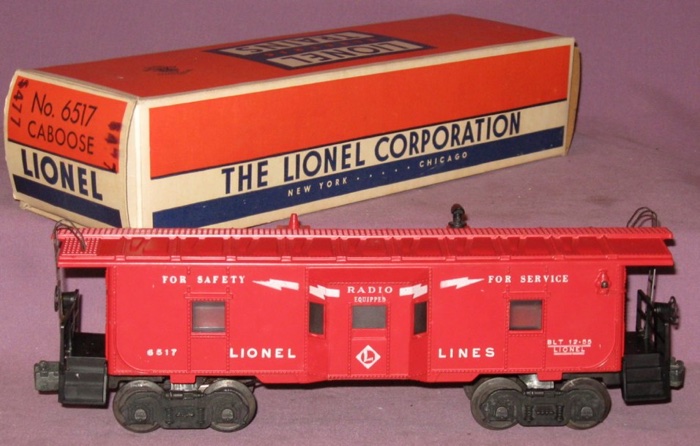