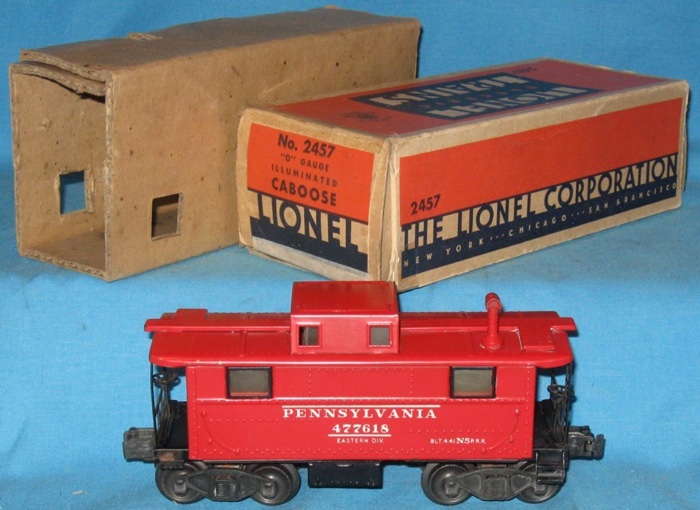 History
The 2457 was a carry-over tin-plate caboose design from Lionel's prewar era. This caboose -- and its cousin, the non-lighted 2472 -- were the only cabooses available from Lionel during the first few years of postwar production.

Although the 2457 has a definate toy-like appearance, there remains a special charm and attraction to these items. Even today, there are individuals who have focused their collecting efforts on Lionels initial postwar production years -- generally defined as 1945 to 1949.

Features
The 2457 is a nice caboose with extra detail. Standard features include: painted brown or red bodies with white lettering, staple-end trucks with either a single or dual operating coil couplers, interior lighting, metal end railings, ladder and brakewheel at each end plus a battery box, plastic air pump and corner steps.

The actual number on the side of the caboose is '477618', while Lionels catalogue number '2457' number is rubber-stamped on the bottom frame.