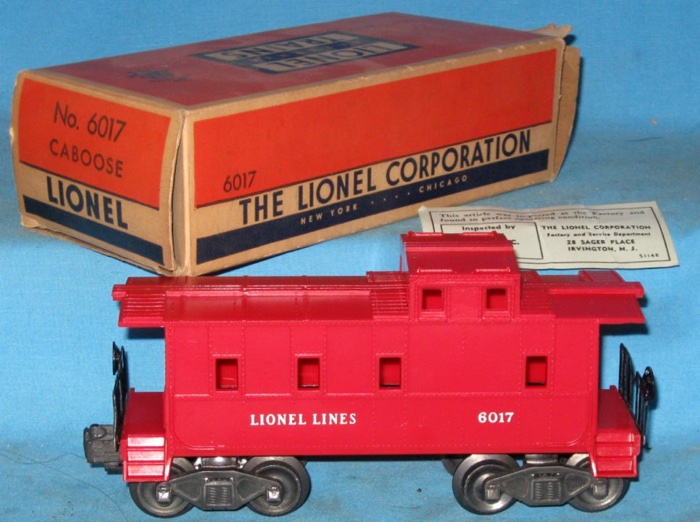 History
The 6017 has the distinction of having the second longest production period of any Lionel caboose in the postwar era. The only caboose to outlive the 12-year life of the 6017 is the 6357 caboose.

The 6017 underwent almost every Lionel production change -- for an SP caboose -- during the twelve years. For simplicity reasons this page will discuss the common variations along with a few rare ones mentioned for reference purposes.

The 6017 is one of the most common Lionel items. It was included in numerous catalogued and uncatalogued sets as well as being available for separate sale. Locating a 6017 caboose is an easy task. Trying to acquire every variation will take months, if not years or searching. Two well known caboose collectors have been collecting variations to the 6017 for years. Each have accumulated over 50 variations of it, and the end is still not in sight! Almost all variations focus on the color of the mold or color of the painted shell.

Features
The 6017 was introduced in 1951 as the entry level caboose. Detail was sparce and the 6017 only included the basics. Standard features were: painted or unpainted bodies, white lettering and a single operating coupler.

Additional Detail, Photos & Box Information
There are many unusual 6017 caboooses produced by Lionel during the 12 year production run. The most sought after are the glossy painted version from the late 1950's and the one year only item from 1956 with only 'Lionel' printed on each side (and does not include the word 'Lines'). Collectors actively seek both of these cabooses and each will command a premium in today's marketplace.

The length of this caboose is approximately 7" long (coupler to end).

Lionel Lines, Staple-End Trucks - Shown in the photo above - The main entry level caboose manufactured by Lionel in 1951.

Lionel Lines, Bar-end Trucks - Same as above, but bar-end trucks replaced the staple-end trucks. This was produced from 1952 through 1955. 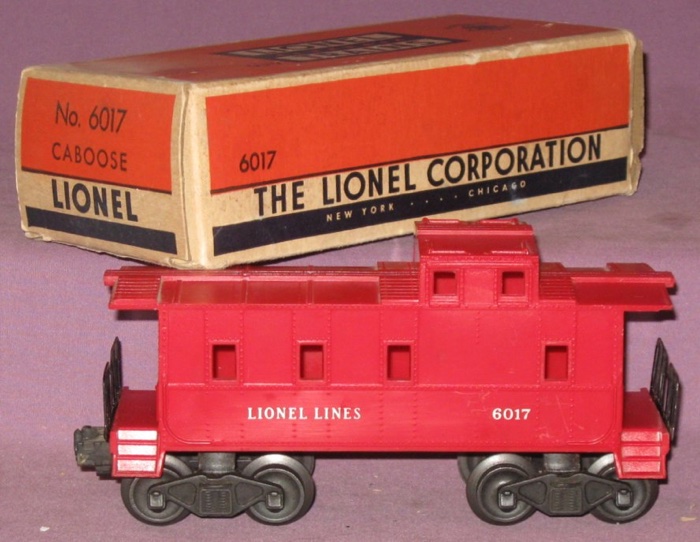 Lionel, Bar-end Trucks - A one year only variation from 1956. Collector do actively seek this variation and is not easy to locate. 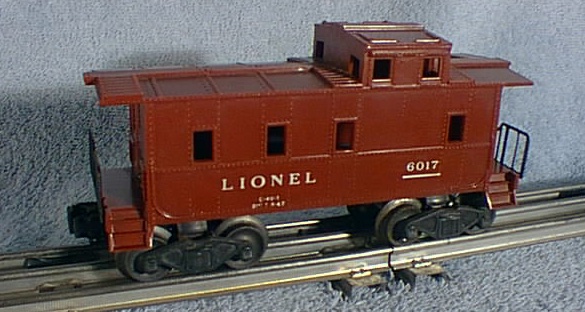 6017 - Lionel Lines, AAR Trucks - The main entry level caboose used by Lionel from 1957 to 1962. The photos below are the same type of caboose but with different era boxes. 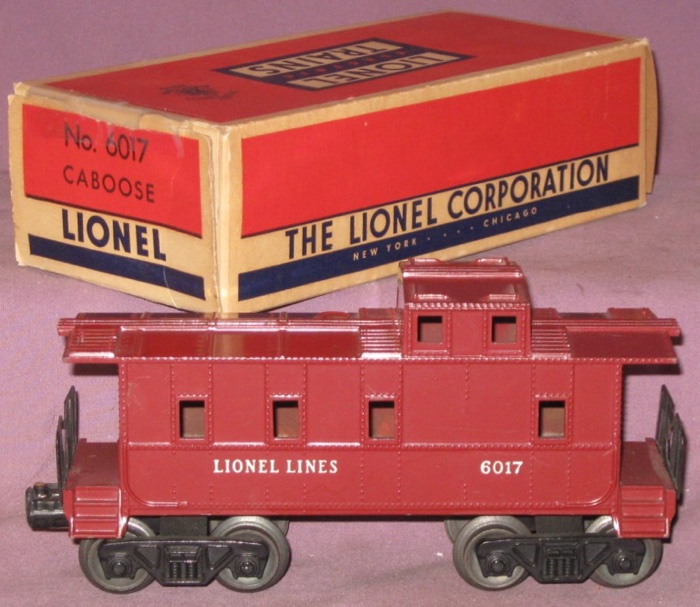 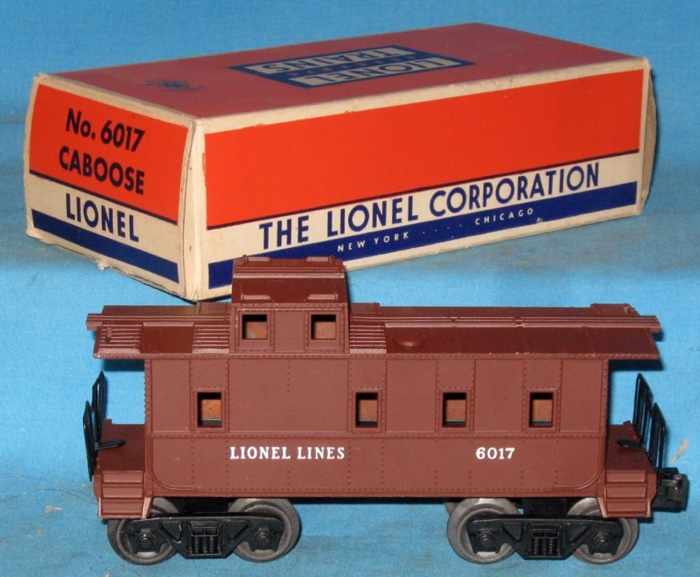 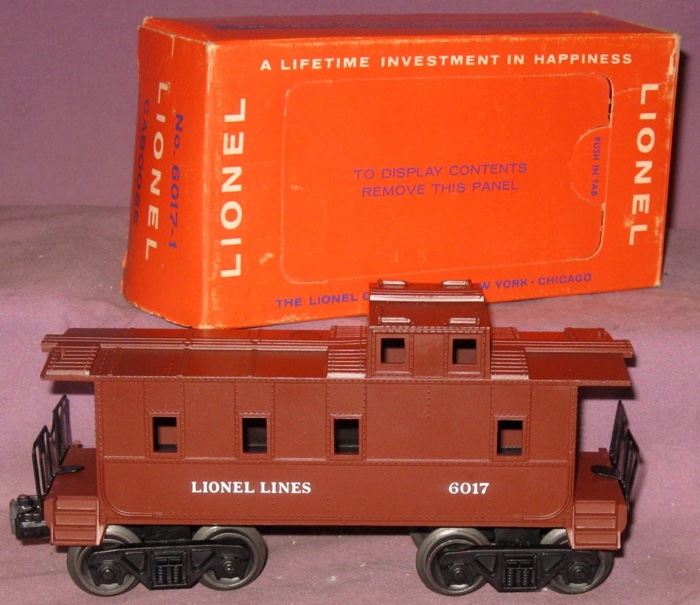