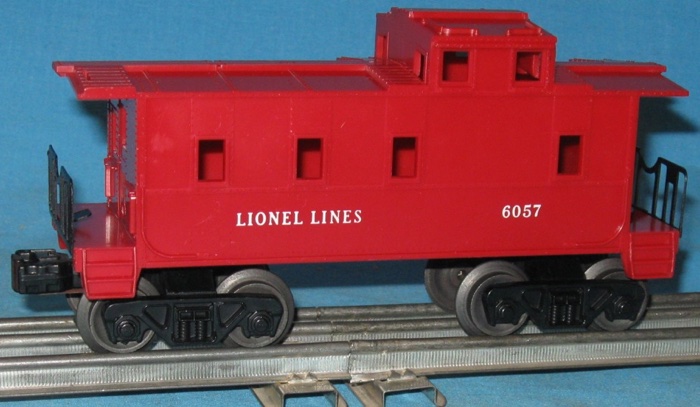 History
The 6057 Lionel Lines caboose is a common item which has not generated much interest in the collector market in its basic form. It was included in many catalogued and uncatalogued sets and is a common sight for sale at many train shows. However, to the excitement of collectors, there are three harder to find variations of the 6057. Each variation is collectable and obtaining all require some time and money.

Aside from the common variety 6057 Lionel Lines caboose, there are three harder to find variations. They include

Features
The standard features of a 6057 caboose is an unpainted red caboose shell with white lettering, black end-railings at each end, AAR trucks and a single operating coupler.

Unpainted Red Shell - Shown in the photo above - The most common version of the 6057 caboose.
Unpainted Orange Shell (6057-50) - The orange 6057 is hard to find, especialy in collector condition. 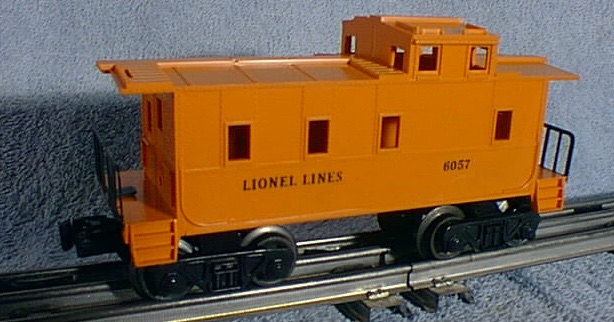 Coral or Pinkish Unpainted Shell - This is a difficult item to locate in collector condition. 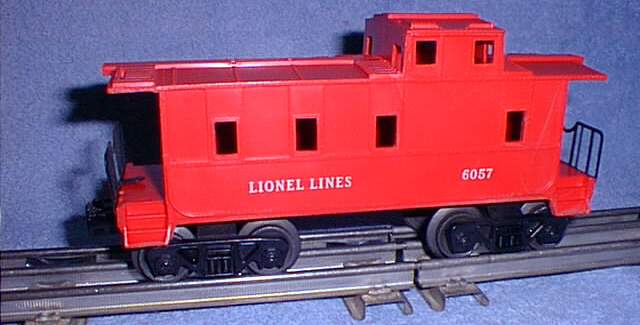 Painted Red - Believed to be part of the first production run in 1959. The painted red shell is the most difficult to locate of the four variations. 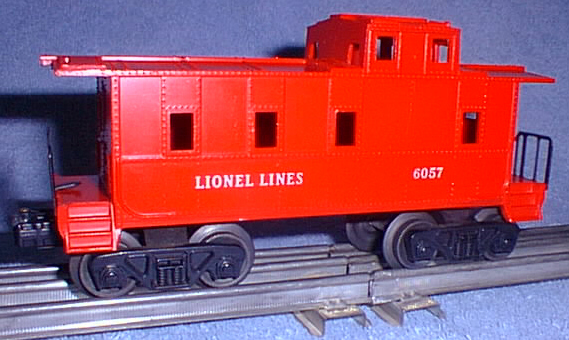