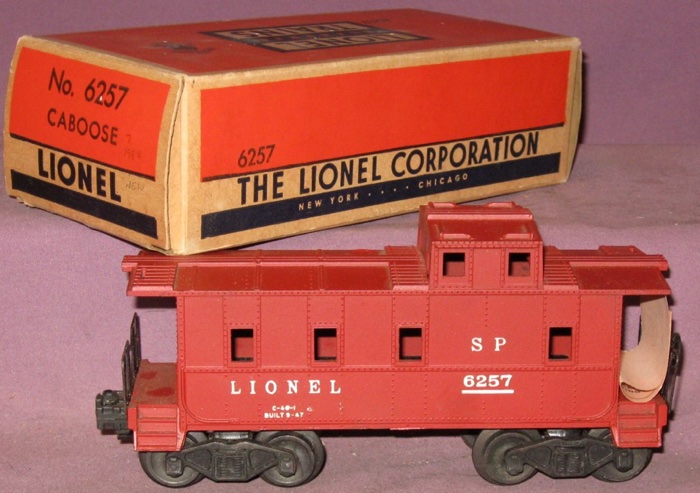 History
The 6257 had a long production in the Lionel postwar era -- running for ten consecutive years; then making a brief two-year appearance in the early 1960's. Since the 6257 was produced for such a long period, it experienced numerous variations and changes. A single web page could not even begin to describe every variation. For simplicity, the common variations will be documented on this site with a few rare ones mentioned for reference purposes.

The first 6257 was introduced late in the 1947 production year. At the time, it was Lionel's entry level SP style caboose and contained minimal detail. The 6257 was included in several beginner sets as well as being available for separate sale.

During the 1950s and 1960s, Lionel continuted to introduce numerous other SP style cabooses into its product line. Some were stripped-down cabooses with no extra detailing -- such as the 1007, 6007 and 6017, while others were premium cabooses and even today remain highly sought-after cabooses -- such as the 6557 and 6657.

Features
Standard features on the 6257 include:

Interestingly, there are two rare 6257 cabooses containing a smokestack; the very first and very last version produced by Lionel.

Additional Detail, Photos & Box Information
Most of the current Lionel reference books catagorize the SP cabooses based upon the lettering style on the side of the caboose. Therefore, we've elected to remain consistent with the popular market.

Lionel / SP Lettering With Red-Painted Smokestack - This is the very first production run from late 1947 -- possibly for only a few days! This is the rarest SP style caboose as well as one of the rarest Lionel postwar items! This version always has a red painted body, staple-end trucks and dual brakewheels. 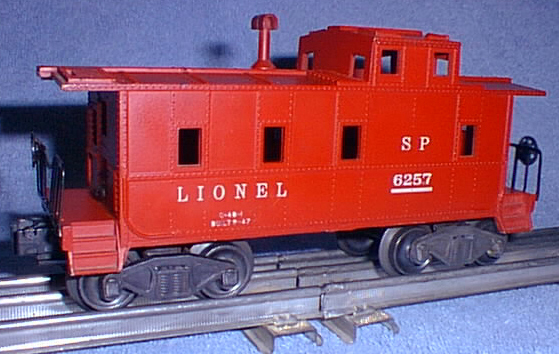 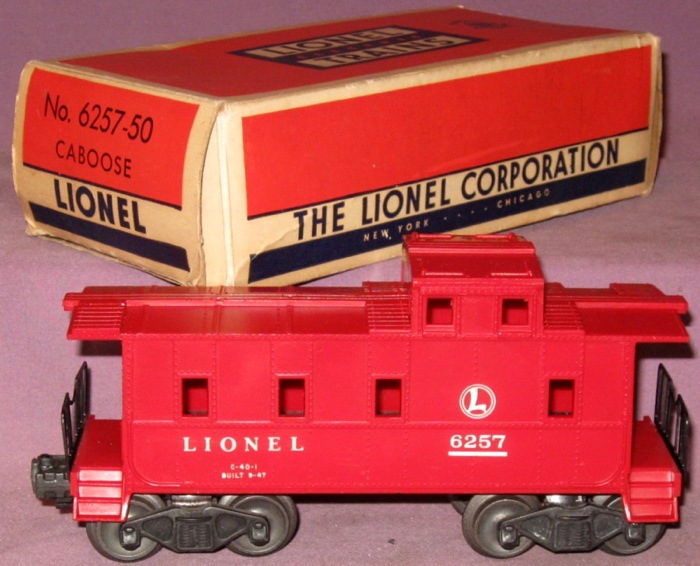 Lionel Lettering - Estimated to be a one year only item from 1956 and not too easy to locate. The Lionel lettering is available on either the right or left side of the caboose. 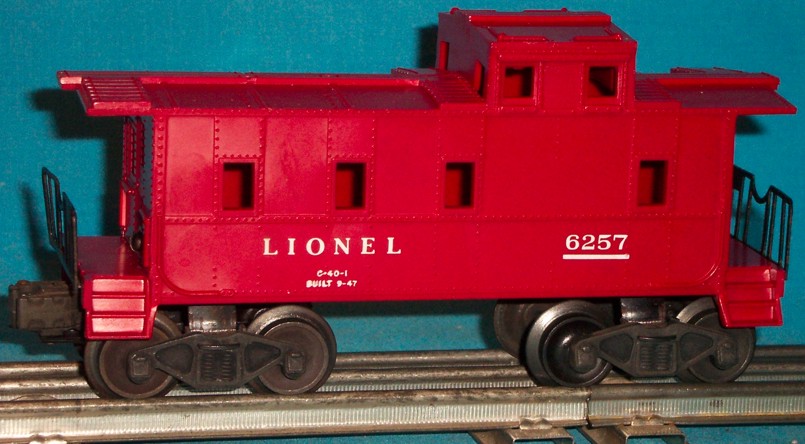 Lionel Lines - This was produced in 1963; possibly 1964. This is a hard caboose to locate and collector quality examples will command a significant premium.