History
During the 1960s, Lionel implemented numerous cost reduction processes. One of them being the creation of a plain caboose with no exterior lettering or number. These unmarked cabooses -- void of any external graphics -- are discussed on this page.

Since the definition of the unmarked caboose is an item without external markings, it is difficult to classify these cabooses by a Lionel assigned catalogue number. Most experienced collectors and researchers have tried different approaches in trying to determine a catalogue number for unmarked cabooses. Although various methods have been tried, results remain confusing and contradictory.

We have taken a much different and simpler approach. All unmarked SP-style cabooses will be listed here by color -- not by assumed catalogue number.

Features
Standard features of the unmarked SP style caboose vary according to the year of production. However, below is a summary of the significant production changes:

Besides the above differences, the color also varies on the caboose.

Additional Detail, Photos & Box Information
Trying to identify production years has proven difficult. Although current reference books show production years, in most cases these appear to be an educated guess by experienced collectors.

Red - Shown in the photo above - The easiest unmarked SP caboose to locate.
Yellow - A somewhat hard variation to locate, assumed to have been produced in 1963 or 1964. 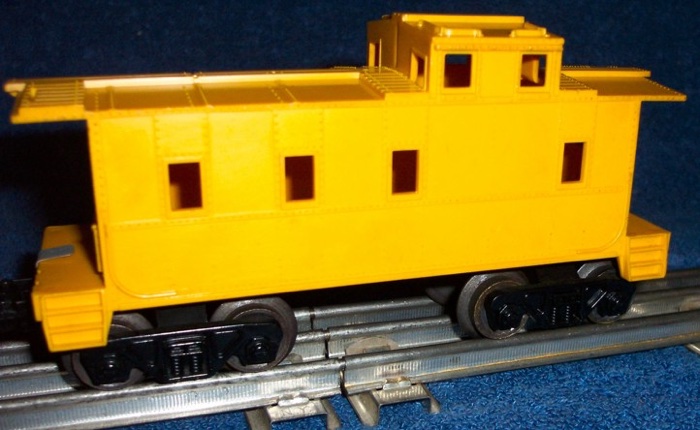 Olive - The most difficult unmarked SP caboose to locate, a rare item. 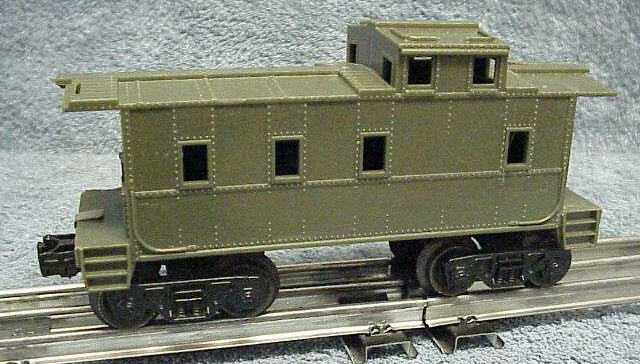