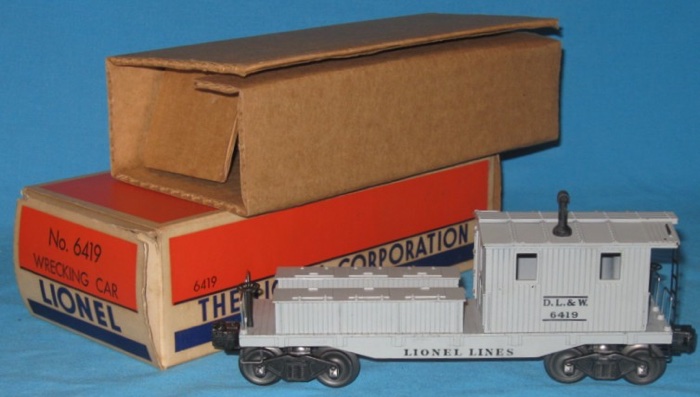 History
The 6419 work caboose is a premium work caboose that was produced by Lionel for several years. It's inclusion in many catalogued sets, as well as being a separate sale item, makes this an easy caboose to acquire.

Most 6419s were produced with the D.L. & W. (Delaware, Lackawanna & Western) roadname. However, for its final year of production, the 6419 wore Norfolk and Western lettering. This final version is an extremely difficult caboose to find. Although the N. & W. appears in some 1958 Lionel literature, it is believed that excess inventory from 1957 was sold in 1958 and the item was never manufactured by Lionel in 1958.

Because of it's realistic appearance, excellent detail and high quality construction, the 6419 remains in demand by both collectors and operators.

Beginning in 1954, Lionel began to change the standard features of the caboose. Variations include modifications to one or several of the following: a single operating coupler, short die-cast smokestack or unpainted tool boxes and cab. Although these variations did regularly occur, there is a minimal difference in marketvalue. 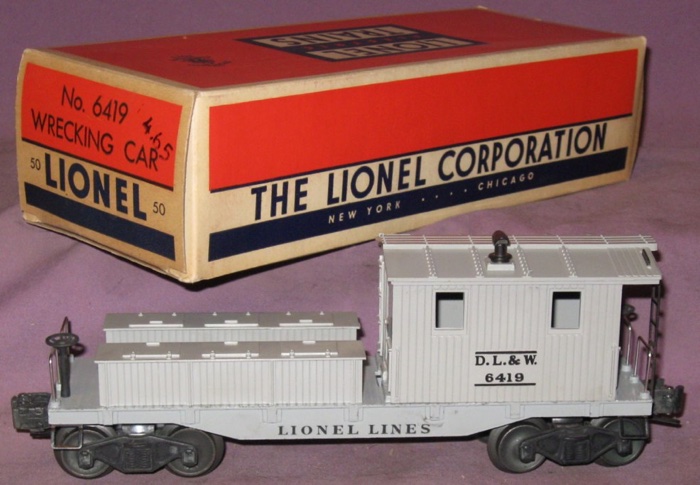 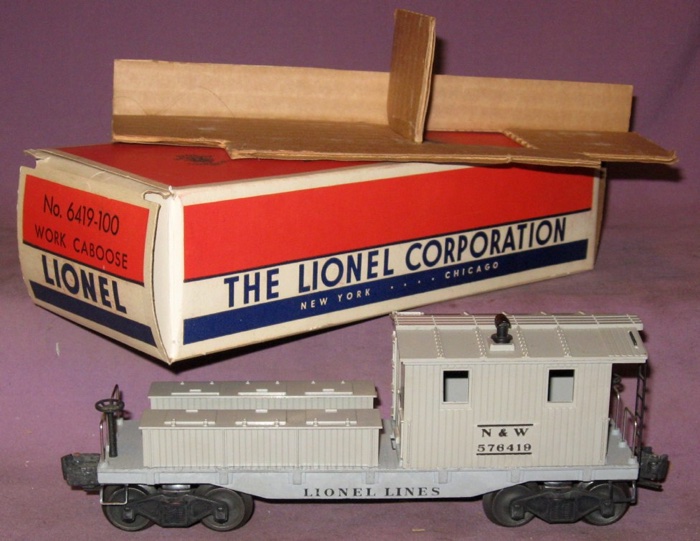