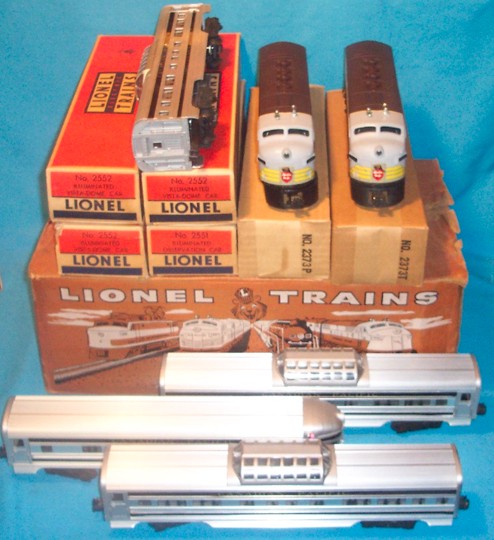 History
Nicknamed The Diesel Luxury Liner by Lionel, set 2296W has become one of the most desireable and sought-after postwar passenger sets.

In an effort to expand their customer base, Lionel produced this set to appeal to the Canadian toy train market. Unfortunately, sales were less than expected and the set was discontinued after only one year. Since then, collectors actively seek this set.

An interesting note regarding this set are the add-on cars produced by Lionel. The set was produced with three vista-dome cars and an observation car. Lionel also produced two pullman cars -- numbered 2553 and 2554 -- which perfectly compliment this set. When the pullman cars are included with the vista-dome cars, the result is an impressive six-car passenger set.