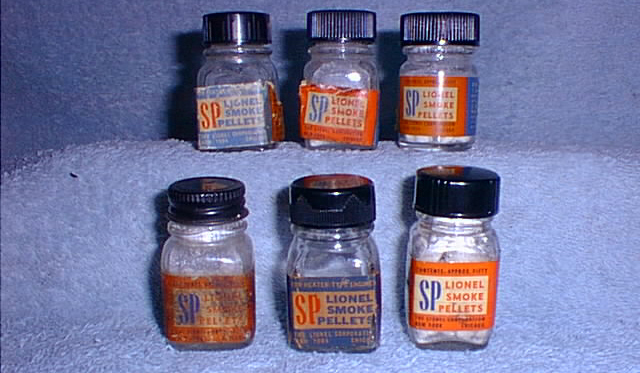 History
The Lionel Smoke Pellet -- the most recognized non-train item produced by Lionel. Production started in 1947 and continued throughtout every remaining postwar year. With such a long production period, many original pellets can still be located in todays secondary market -- but at a steep price. Additionally, it is common for these pellets to have crumbled or disintergrated into a powder substance. In either case, it can still be used in any postwar smoking steam locomotive.

Only Known Variation - Shown in the photo above - All SP Smoke Pellets were packaged 50 to a container.