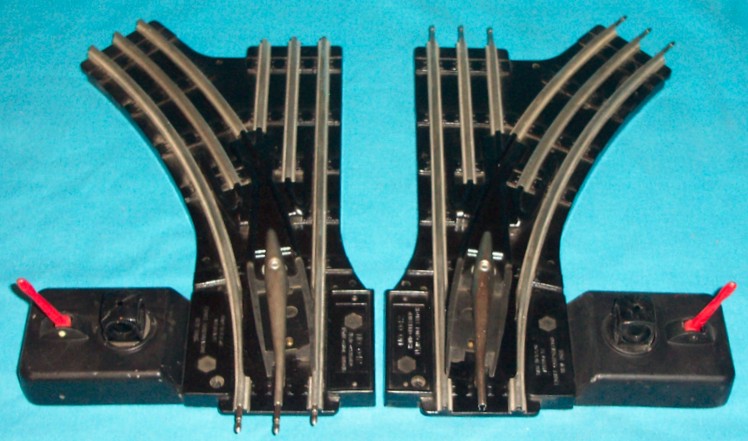 History
The 042 switches are a less expensive, manually-controlled version of Lionel's infamous 022 remote-control switch. These switches are just as reliable as their 022 cousins.

Many beginners in the train hobby prefer the 042 switches. These switches are easy and quick to set up and do not require any special wiring. Once they're installed, you're ready to run your trains!

Features
Standard features of the 042 include: bakelite base, metal rails, red bakelite control handle and an illuminated lantern with red and green lens.

Additional Detail, Photos & Box Information
The red bakelite control handle is fragile and frequently found broken or damaged. Additionally, the 042 was produced with several different boxes. The later yellow version is the most difficult to locate as it was only produced for a single year -- 1959.

Only Known Variation - Shown in the photo above - The look and style of the 042 switches did not change during the entire production period.