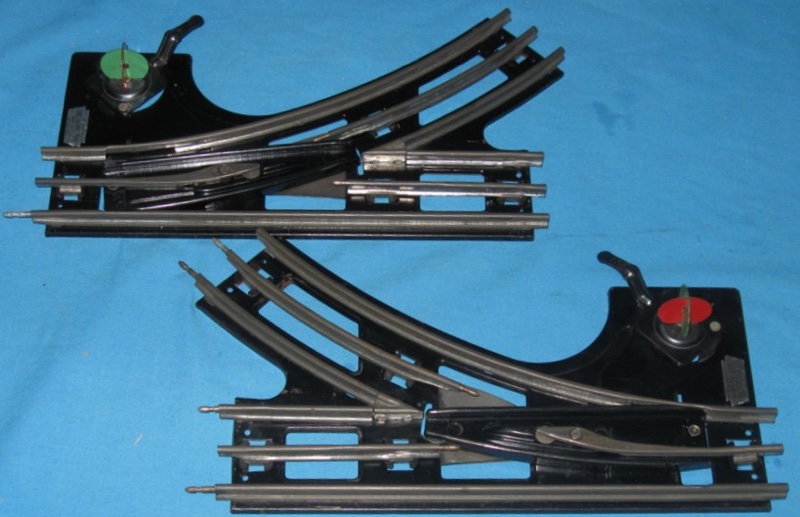 History
The 1024 manually-controlled 027 gauge switch was introduced into the Lionel product line during the prewar era. Originally manufactured from 1935 thru 1942, Lionel resumed production in 1946 and it remained in the product line until 1952.

These switches are somewhat hard-to-find in nice, clean condition. In addition to generally being well worn, they are frequently found either bent, rusted or simply missing parts such as the red / green switch indicator.

Features
Standard features of the 1024 include: metal base, metal 027-gauge rails, metal red / green turn indicator and a small turn tab pertruding from the rear of the switch.

Only Known Variation - Shown in the photo above - The look and style of the 1024 switch did not change during the entire production period.