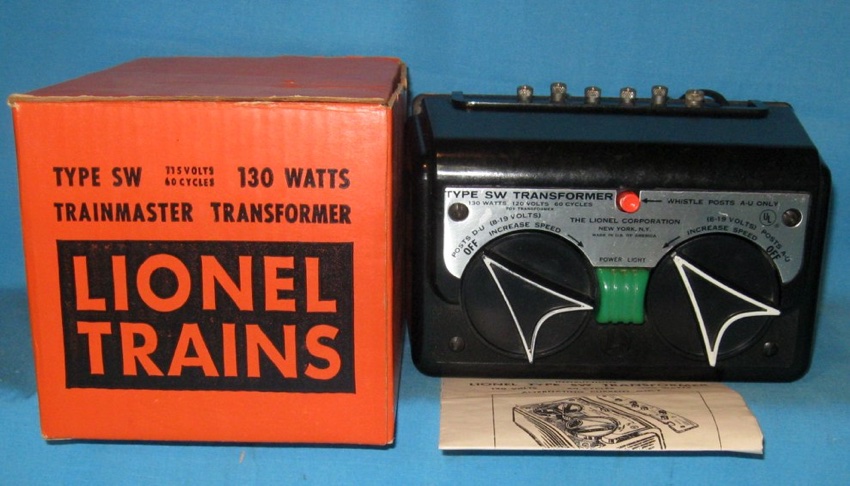 History
The SW Transformer is a mid-sized transformer and can easily operate any layout on a 4' x 8' table.

The SW transformer is an updated version of the TW transformer. Externally, its appearance is similar to the TW, except with revised control handles. Additionally, Lionel decreased the power from 175 watts in the TW to 130 watts in the SW.

Features
Standard features of the SW include:

Additional Detail, Photos & Box Information
Only Known Variation - Shown in the photo above - There were no variations to the SW transformer.