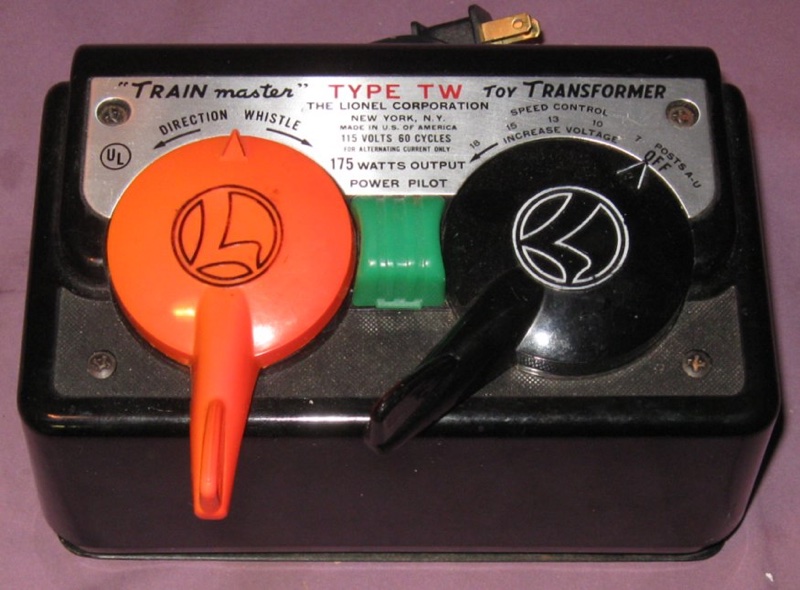 History
The TW Transformer is a large transformer. Its output of 175 watts for a single set of trains is the largest ever offered by Lionel during the postwar era. It can easily operate any layout on a 4' x 8' table.

Features
Standard features of the TW include:

Additional Detail, Photos & Box Information
Only Known Variation - Shown in the photo above - There were no variations to the TW transformer although its box did have several different variations.