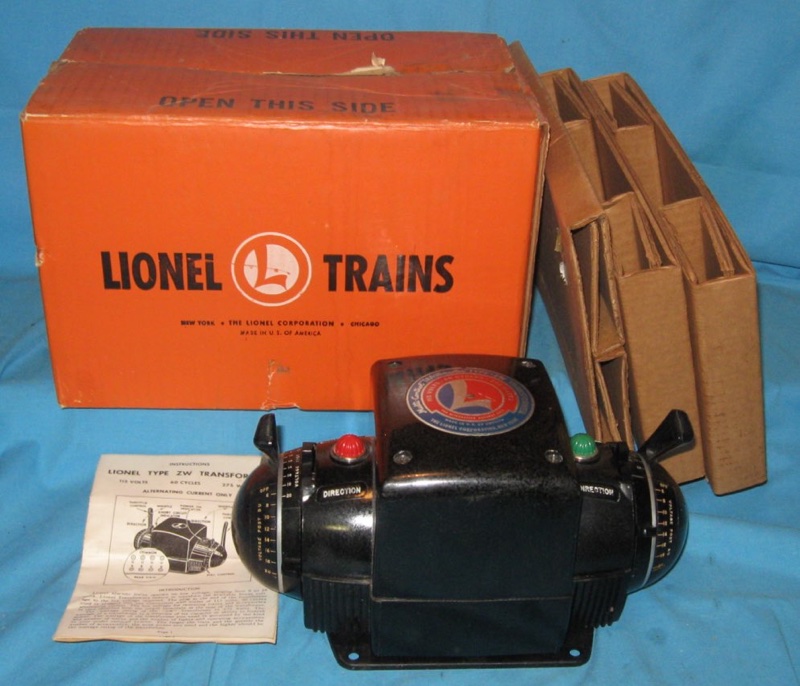 History
King of the Hill, The Grand-Daddy, The Big Boy -- these are just some of the many nicknames given to the ZW Transformer during the past 50+ years. Lionel's ZW produced the most power of any postwar transformer. Even today, the ZW is sought after by Lionel enthusiasts as it is a reliable and dependable transformer.

Features
Standard features of the ZW include:

250 Watt - For the first two years the ZW was rated at 250 watts. The 250 watt version has a different Circle L logo mounted on top of the transformer compared to the 275 watt version.
275 Watt - The most common ZW .