The 6464-1 Western Pacific is a fairly common car. It was included in sets as well as being available for separate sale. The silver paint on this car tends to fade with age. Clean quality cars are hard to find.

Additional Detail, Photos & Box Information
The common version of the 6464-1 box car has blue lettering. There was an extremely small production run where Lionel used red lettering on the car. This is a very rare car. 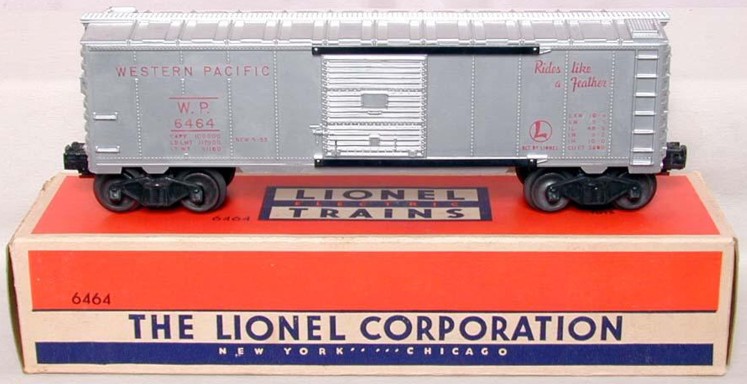