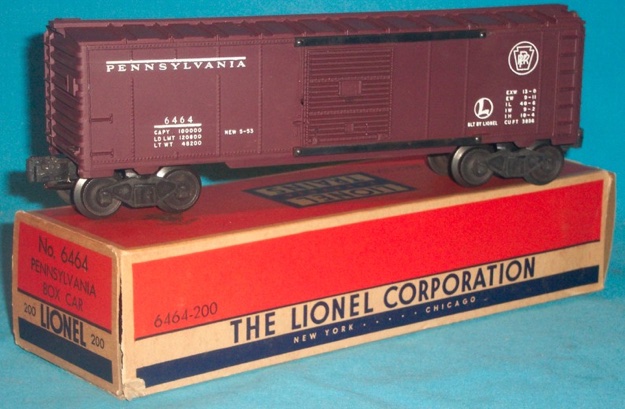 History
The 6464-200 Pennsylvania box car has the unofficial title as being the least decorated box car -- in terms or lettering and graphics -- in the 6464 series. Even with minimal graphics, its strikingly realistic color and prototypical lettering continue to make it a favorite of collectors and operators.

The 6464-200 Pennsylvania box car is a common car, but it usually is found in less than nice condition. Collector quality examples are hard to find. Additionally, the earlier Middle Classic box is harder to locate than the later Hagerstown box from 1968.

Features
The 6464-200 box car included the following standard features: tuscan-painted shell with white lettering, sliding doors plus a single brakewheel. All 6464-200s are equipped with bar-end trucks, including 1968 - 1969 production.

There are two differences between earlier and later production 6464-200s. First, all later production versions are lacking the 'New 5-53' lettering to the left of the sliding door. Secondly, the later versions have multi-block doors while earlier ones have single-block doors. 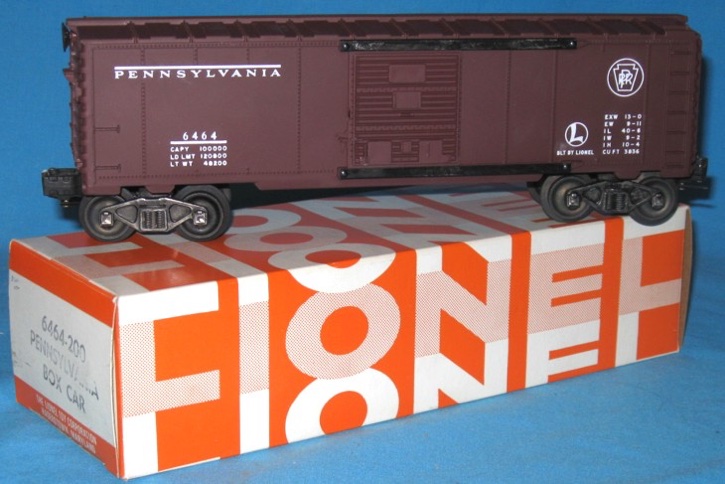