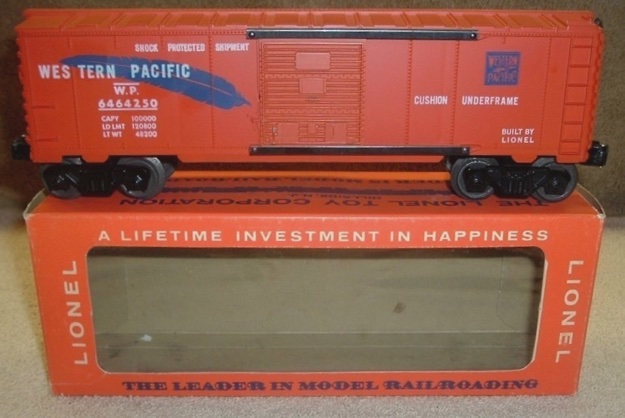 History
The 6464-250 Western Pacific box car is noteworthy in that is was the final 6464 series box car to be created during the postwar era -- even though its number is sequentially near the beginning of the series. Another interesting note regarding the 6464 series box cars is the first offering (the 6464-1) and the final offering (the 6464-250) bost carried the Western Pacific roadname!

The 6464-250 Western Pacific is one of the harder 6464-series box cars to locate. Being a one-year-only offering as well as having been introduced in an era when interest in Lionel trains were dwindling, this has become a hard car to locate.

Only Known Variation - All 6464-250 box cars are painted orange with a blue feather and white lettering.