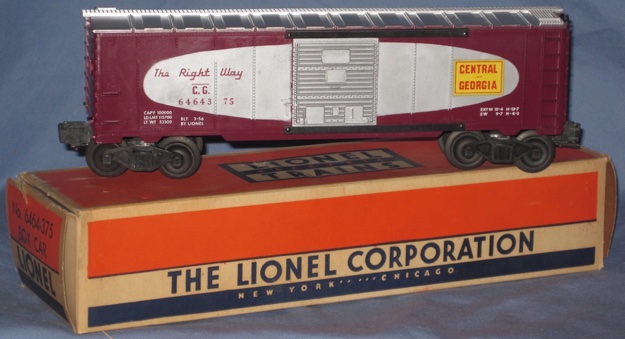 History
The 6464-375 Central of Georgia box car was one of only a select few 6464-style box cars having two independant production runs. The attractive and realistic graphics on this car continue to make it a favorite of collectors and operators.

The 6464-375 box car is usually found with either red or maroon lettering. However, there are actually numerous variations available if you're trying to collect one of each. It is easy to find a Central of Georgia box car, but will take some time if you're going to collect each variation.

Features
The 6464-375 box car included the following standard features: maroon shell with a silver painted roof and oval on the sides, multi-block sliding doors plus a single brakewheel.

The initial 1956 and 1957 run included bar-end trucks with a type IIB body. The later 1966 production cycle included AAR trucks with a type IV body. In either case the car always came with two operating couplers. The 1966 version is harder to find than the earlier version.

Bar-End Trucks, Type IIB Body - Red Lettering shown in the photo above - A common variation. It was available with either red or maroon lettering.
AAR Trucks, Type IV Body - Slightly harder to locate and only available in 1966. 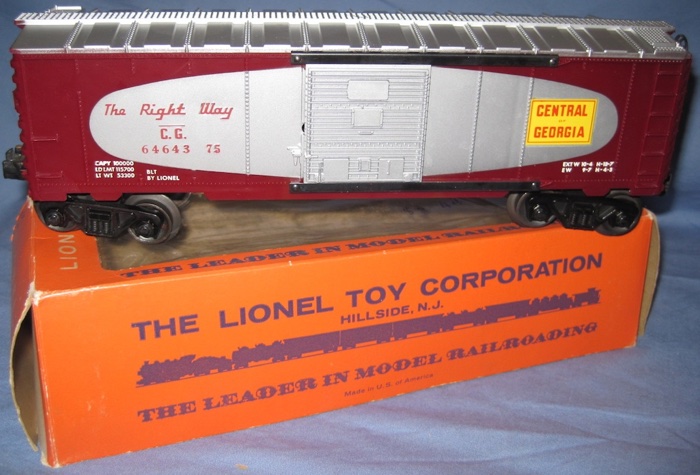