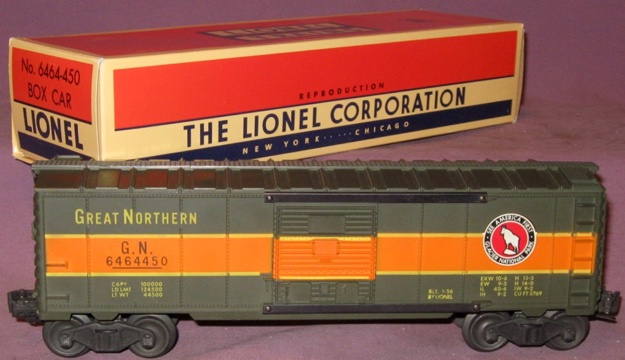 History
The 6464-450 Great Northern box car was one of only a select few 6464-style box cars having two independant production runs. The attractive and realistic graphics on this car continue to make it a favorite of collectors and operators.

The 6464-450 box car was produced with thin yellow stripes painted horizontally on each of the doors. However, one of the more known factory errors is a version without the yellow stripes on the doors.

The 1956 and 1957 production run included bar-end trucks while the later 1966 version had AAR trucks. In either case the box car always came with two operating couplers. The 1966 version is harder to find.

Bar-End Trucks - Red Lettering shown in the photo above - The common variation.
AAR Trucks - Slightly harder to locate and only available in 1966. 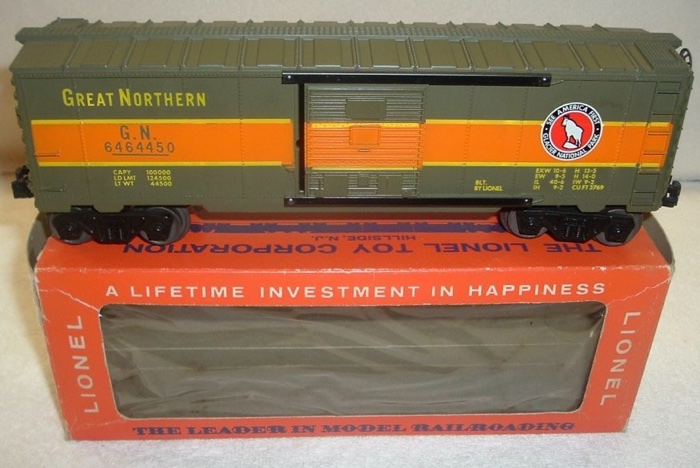