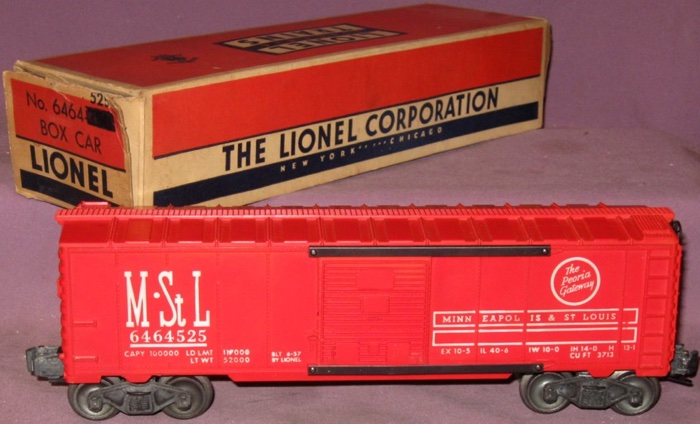 History
The 6464-525 was the second box car in the 6464 series to carry the Minneapolis & St. Louis roadname. The graphics and color of the first M. & St. L. box car -- the 6464-50 -- was plain and unexciting. Conversely, the -525 box car was painted a vibrant red with new and more exciting graphics on the side. For this reason, the later M. & St. L. remainds in demand over the earlier version.

The 6464-525 is a common car. It was included in several sets as well as being available for separate sale. Although this is an easy-to-locate boxcar; it's eye-appealing exterior graphics keeps this car in demand by both collectors and operators. 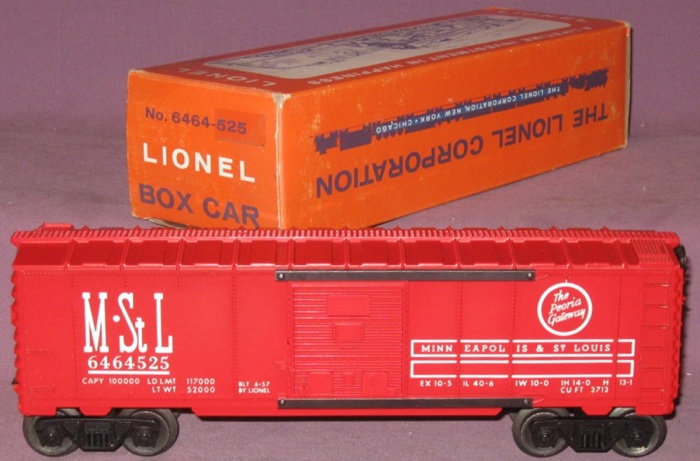