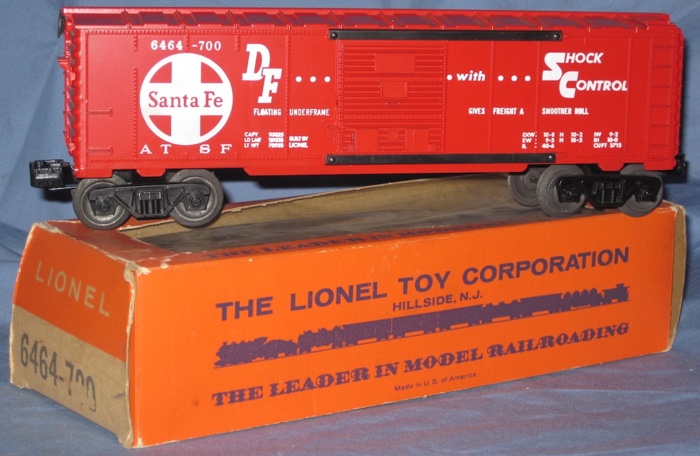 History
The 6464-700 Santa Fe box car is one of the more readily available 6464 series box car offered by Lionel. Production of these box cars allowed Lionel to market a realistic and almost scale-like box car never previously seen in the Lionel family. The 6464-style box cars were an immediate success and remained in the Lionel catalogue up until their final year of postwar production, 1969. Even today, all 6464-style box cars remain a favorite of collectors and operators.

Although the 6464-700 Santa Fe box car was only produced for two years -- 1961 and 1966 -- it remains a fairly easy freight car to locate. The prototypical graphics on the sides as well as the bright red and white colors have made this a popular car with most operators and collectors.

Features
The 6464-700 box car included the following standard features: painted red body with white lettering, a sliding door one each side, AAR trucks with operating couplers plus a single brakewheel.